Get to know candidate for Brooklet City Council Brad Anderson –> 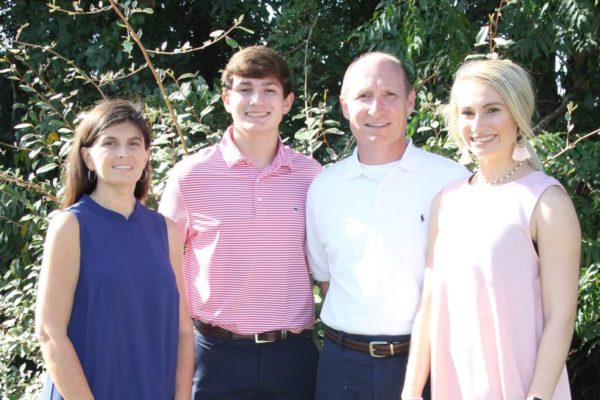 When my wife and I married, we wanted to raise our children in a small town atmosphere with quality schools for them to attend.  Brooklet was that answer for us.  We both were born and raised in Bulloch County but knew that Brooklet was home as soon as we arrived.  The town has a warm appeal with well-maintained yards along the main thoroughfares with a rich history.  The citizens of Brooklet are exceptionally friendly people who are very proud to call Brooklet home.

I am of the opinion the that there are three major concerns that face the citizens of Brooklet.

The three steps that I would engage in with council members to help ensure financial stability that align with my beliefs of being fiscally conservative:

With Brooklet developing a long-range capital improvement plan that addresses the prioritized comprehensive needs of the city, the project allocations process will be a very simple one as the prioritized projects are already identified by the citizens of Brooklet.  As previously noted, I strongly advocate for a long-range plan that addresses the needs of the city as a whole such as infrastructure needs, training for council and city officials, along with the replacement of necessary equipment on an identified replacement schedule.

Brooklet has dealt with some contention amongst residents over whether or not the city should annex in more property and/or absorb the responsibility for maintaining the streets in subdivisions. What types of things would you take into consideration when weighing decisions such as these and how would you make sure the best interests of the city are at the forefront?

As a Council, it would be essential for an annexation study to be conducted to clearly identify the costs and benefits to the citizens of Brooklet for informed decision making.  However, I would note, any annexed property must adhere to the same ordinances and construction standards that are specified for all citizens of Brooklet. Ideally, the standards were developed to ensure a quality that avoids premature repair cost for sub-standard construction of streets, drainage systems, and adequate lighting systems for subdivisions.

I envision a police department that is small, but clearly meets the needs of the citizens it serves in a friendly and courteous manner.  The Brooklet Police Department would routinely patrol the city to ensure it is free from crime and other nuisances. The primary function of the Brooklet Police Department should be to protect and serve the residents of the community.  I would want to ensure that our police department provides that service in a highly professional and impartial way. The safety of Brooklet is paramount, and we should have a police department that remains focused on providing the highest quality service 24 hours a day, 7 days a week.  I believe in hiring highly effective people who can make the appropriate staffing and scheduling decisions to meet the needs of the community in a cost-efficient manner based on effective processes and protocols for managing the department.

A) How do you plan to involve residents in the decision-making process in Brooklet? B) How can the city be more transparent?

There are several ways to involve all citizens in the decision-making process:

A standard operating procedure should be developed so that agenda items and supporting documentation are accessible from the city website for all citizens to view.  Additionally, a true and accurate representation of agenda items and discussions should be reflected in the minutes of the council meeting. More specifically, Brooklet must adhere to the standards of Georgia’s Open Records Act.

Yes, I have a vested interest in Brooklet and will remain active regardless of the outcome of the election.

I have a passion for ensuring Brooklet remains a town that people want to move to as newlyweds, raise their children in, and/or simply retire—more simply put the city that my children want to return to and raise their families.  I have a work history of being a leader for more than 20 years in educational administration and getting positive results. As your councilmember, I will be committed to transparency in the day to day operations and official meetings of the Brooklet City Council, listen to your thoughts and ensure you have a say in the decisions for Brooklet, provide the necessary leadership to be a strong advocate for all citizens of Brooklet, and remain committed to developing an accountability system where you can measure the results of your city council.

Please include any additional information.

I am married to Shannon Anderson and we have two children, Reagan (19) and Nicholas (15).  We moved to Brooklet in 1997 right after being married. I graduated from Georgia Southern University and have worked in education for the past 23 years.  I have been a member of Brooklet United Methodist Church since 2000. I would be honored to represent you for post 2 Brooklet City Council.

Any social media accounts/contact information you’d like the public to have if voters would like to reach out to you: