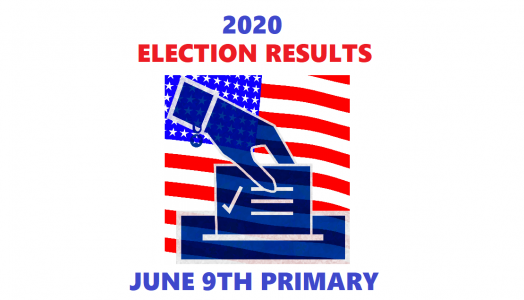 This article will be updated as more numbers become available.

As of 9:00 a.m. Wednesday, the most watched race in Bulloch County – the 4th Senate district race – is still without final numbers from the Secretary of State’s Office, but a handful of local races will continue on to a runoff on August 11th.

Here are the numbers for the contested county elections: 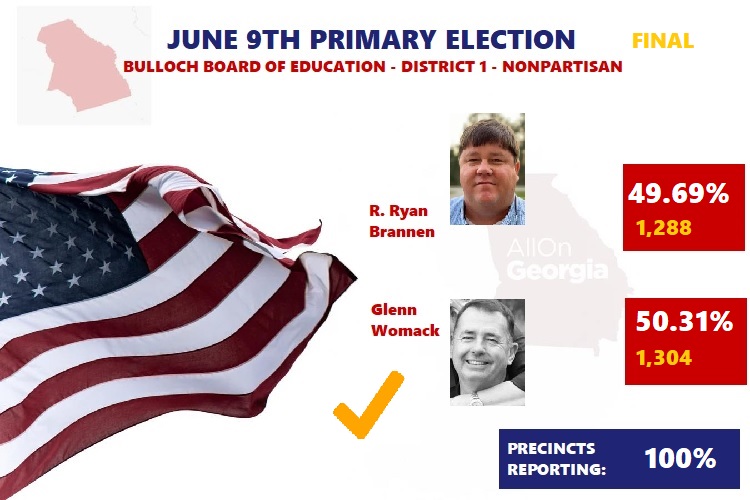 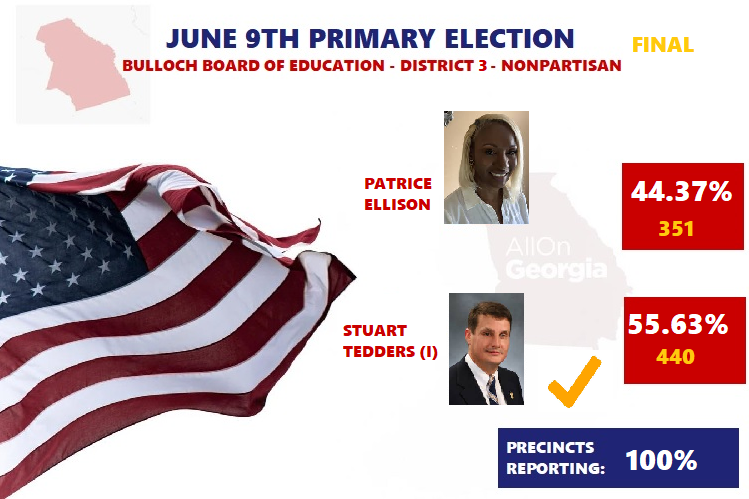 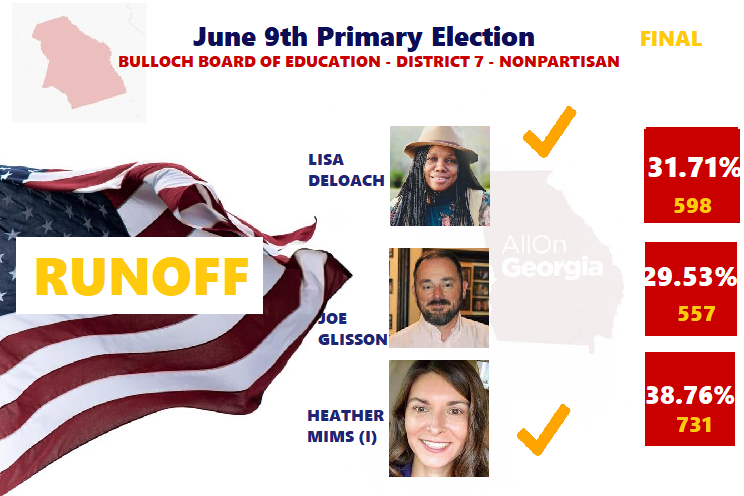 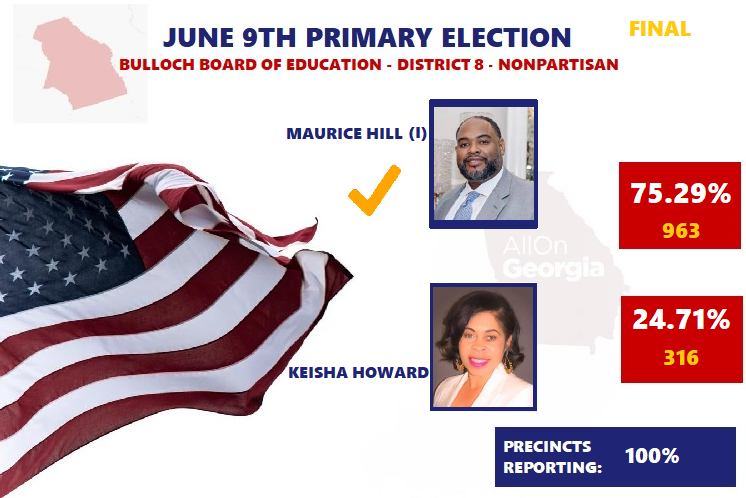 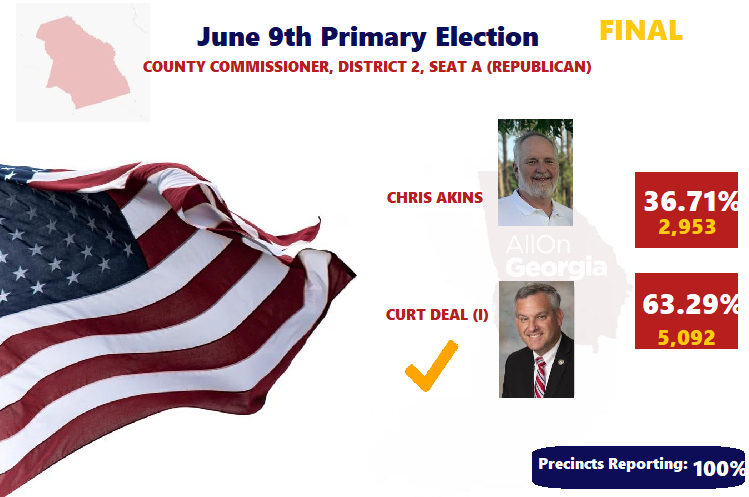 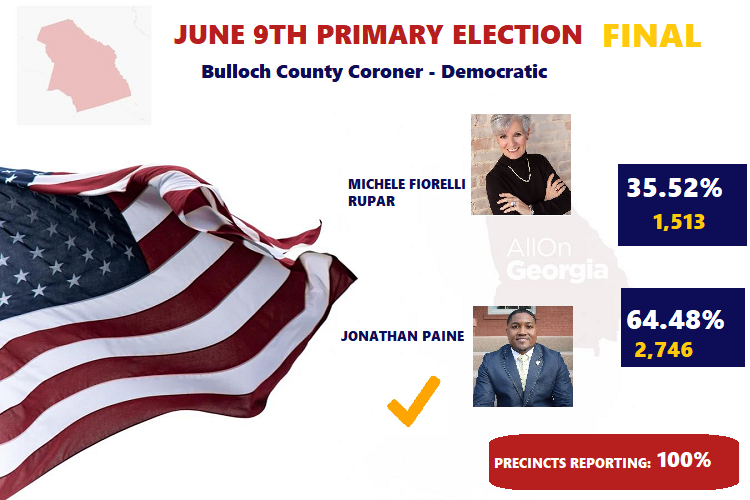 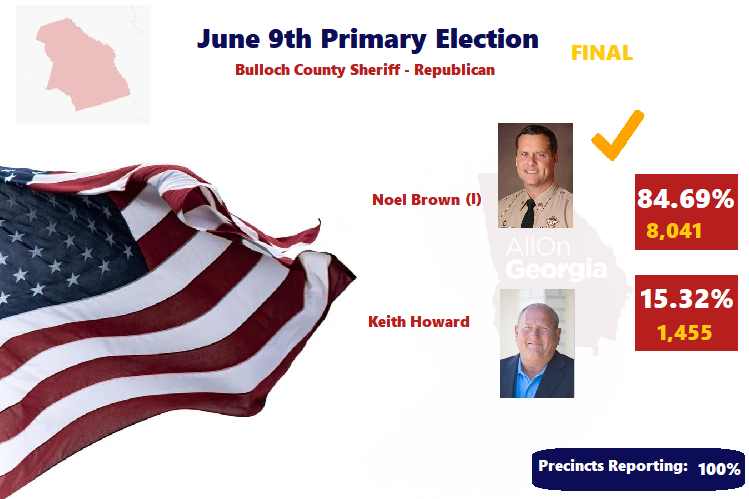 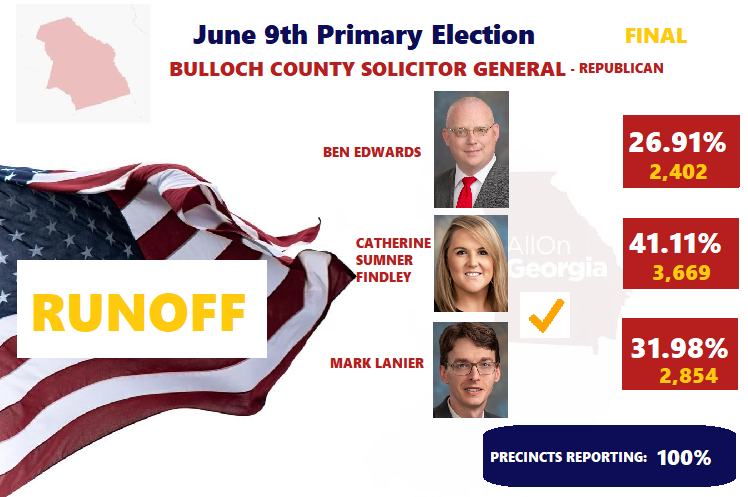 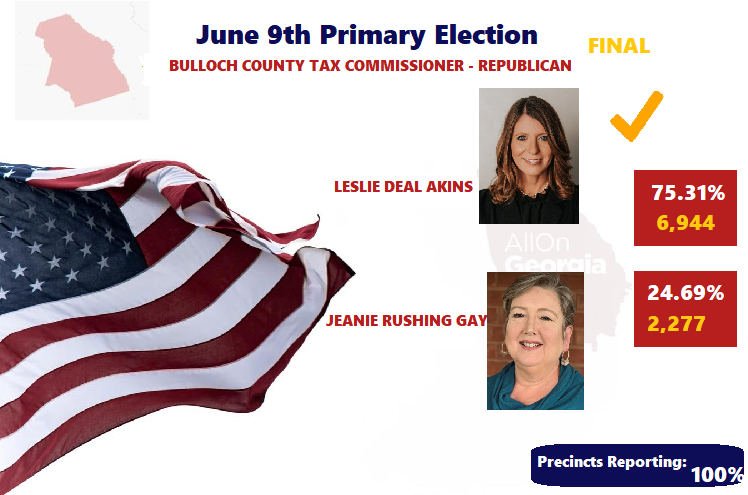 THESE NUMBERS ARE FOR BULLOCH COUNTY ONLY: 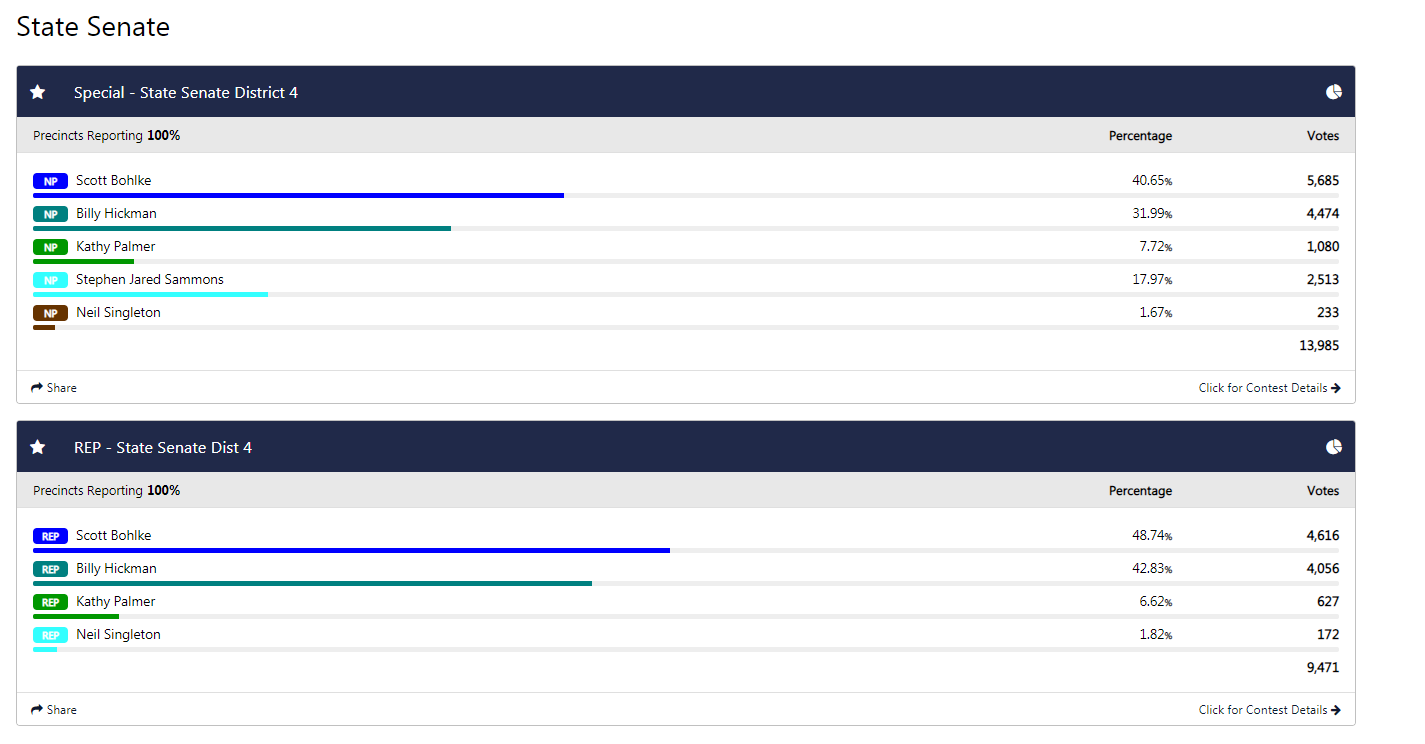 In the Democratic race for U.S. Senate, Jon Ossoff carried Bulloch with 40.86%, followed by Teresa Tomlinson with 16% of the vote. The race is far from over on the state level with less than 50% of the precincts reporting, but Ossoff leads with 46% followed by Sarah Riggs Amico at 14%.

In the Democratic race for the 12th Congressional District, Liz Johnson defeated Dan Steiner in Bulloch with 88% of the vote. Across the district, with 43.75% reporting at 8:30 a.m., Johnson was carrying the race with 83%. She will face Congressman Rick Allen in November.

Daphne Totten is unopposed in the vacant seat for District Attorney for the Ogeechee Judicial Circuit – Bulloch, Effingham, Jenkins, and Screven counties.

(These results are for Bulloch only – not statewide)

These questions are non-binding and are for advisory purposes only. An advisory question does not result in a new, changed, or rejected law or constitutional amendment. Rather, the advisory question symbolically makes heard the general opinion of the voting population in regard to the issue at hand. Political parties place nonbinding questions on ballots to gauge voters’ priorities.

6 Questions appeared on the Democratic Ballot