Ten transportation projects awarded in June to the Northeast Region

Ten construction projects were awarded to the Northeast Region in June that totaled just over $28 million. 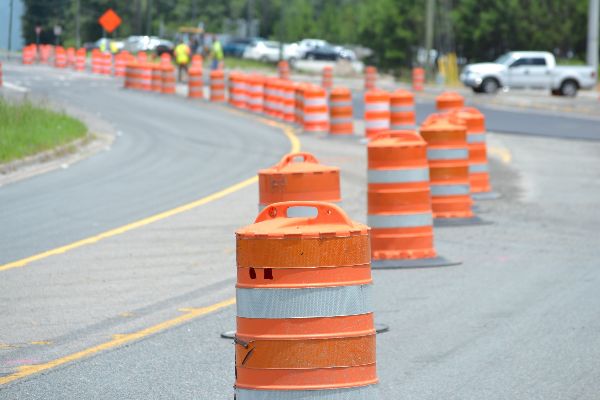 Ten construction projects were awarded to the Northeast Region in June that totaled just over $28 million.

The third phase of the Cleveland Bypass in White County was awarded, representing the largest project awarded for June.

This widening project represents an $11 million investment in White County and was awarded to CMES, Inc.

The widening and reconstruction on Spout Springs Road in Hall County was deferred and will be awarded at a later date. It will widen Spout Springs Rd from a two-lane roadway to a four-lane divided roadway with a 20-foot raised median and sidewalks. There will be median openings and intersections will be modified or removed accordingly. This project starts at I-985 and ends at Union Circle, spanning a total distance of 3.2 miles. Updates regarding this project will be available after the official announcement.

Additional cameras and information systems will installed at various locations along I-985 in Gwinnett and Hall Counties. This will provide HERO and CHAMP operators real-time information on traffic flow. This was awarded to Carlson Construction Services LLC for $1.5 million. The project will start in Suwanee at I-85 and I-985 and end in Gainesville at Jesse Jewell Parkway and I-985. This project has an estimated completion date of June 30, 2020.

Rumble strips, a road safety feature used to alert drivers of lane lines, will be upgraded throughout 11 counties in the region. The routes and locations below were identified by the district based on crash history.

This project was awarded to Southern States Pavement Markings, LLC for $2 million. The estimated completion date is June 30, 2020.

An off-system safety project including 50 miles of highway signs, striping, and pavement markings on 25 county roads was awarded in Clarke County to Brown’s Asphalt Maintenance Inc. for $480,814. The estimated completion date for this project is June 30, 2020.

Barrow County also received an off-system safety project which includes nearly 50 miles of highway signs, striping, and pavement markings on 15 different roads.
This project totaled $427,971 and was awarded to Mid-States Striping Inc. June 30, 2020 is the estimated completion date for this project.

Habersham County will also receive signing and striping upgrades on various county roads. This project was awarded to Roadscape North Florida and totals $155,527.
This project spans 42 miles and includes highway signs, striping, and pavement marking on 15 county roads in Habersham. June 30, 2020 is the estimated completion date.

Additional details and lane closures related to these project will be communicated as construction begins.