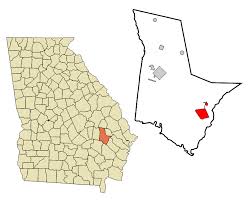 The Board of Education is updating its Homeless Student Policy based on the recommendation of the Georgia School Board Association and the county BOE attorney.

Superintendent Gina Williams told Board of Education members Monday that the new language makes the old policy a formal procedure.

In her report, she said:

“The Every Student Succeeds Act (ESSA) was signed into law in DEcember of 2015 to replaced the No Child Left Behind Act section of the Elemntary and SEcondary Education Act and to update other federal laws concerning programs designed to improve the academic achievement of a wide rnage of disadvanataged students. Among those revised laws is the McKinney-Vento Homeless Assistance Act, which serves the subgroup of students that fit the federal definition of ‘homeless.’ McKinney-Vento requires the state and local education agencies “adopt policies and practices to ensure that homeless children and youth are not stigmatized or segregated on the basis of their status as homeless,” and to implement numerous other requirements of the federal homeless assitance program.

We revised our policy in accordance with guidance from GSBA and Harben, Hartley, & Hawkins. We took what was formerly our policy and made it our procedures. The policy outlines the fact that we will have a Homeless liason at the BOE – Dr. Jeannie Burkhalter – who is repsonisble for ensuring that we correctly identify, serve, and support homeless students. The policy also outlines the procedure for a person who would like to make a complaint regarding homeless students.

According to our last FTE count, we are serving 24 students who have been identified as homeless. These are students who:

The policy will remain on the table for public comment until the April 23rd Board of Education meeting, which will be held at 1:00 P.M. at the Central Office.

Read the new language in the PDF below.