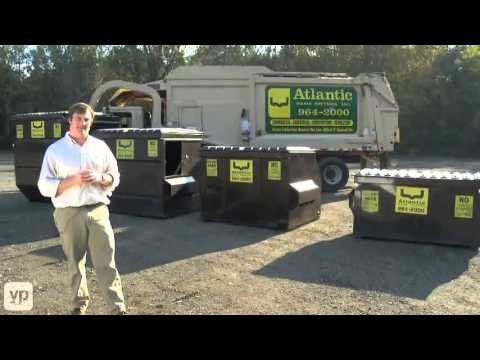 The following statement was emailed to AllOnGeorgia by the marketing company representing Atlantic Waste Services on Thursday, July 18, 2019. In the interest of transparency, it has been published in its entirety without editing.

In the email sent to AllOnGeorgia, the marketing company issued this statement:

This release also sets the record straight on a lot of misinformation that has been circulating, including the types of waste that will not be accepted, groundwater protection, wastewater treatment, gases, height and visual concerns, and more.”

Atlantic Waste Services, Inc. (AWS) has shared several updates regarding its proposed Green Meadows Municipal Solid Waste Disposal and Recycling Facility in Screven County. According to AWS Vice President Ben Wall, the company wants to set the record straight regarding the misinformation and scare tactics that have been circulating, from outdated landfill information to the proposed facility’s height and impact on the community.

“From the beginning, I’ve said that our proposed plans must go through a very long and difficult process,” Wall stated. “It’s important to know the facts about modern lined landfills such as the one that we are proposing. We continue to address the community’s concerns and it is unfortunate that some people have been using scare tactics and misinformation.” he explained. “For example, the Ogeechee River Keeper stated in a letter to the Commissioners that 5 of 22 Municipal landfills in Georgia are classified as Superfund sites. The facts show there are over 50 active, lined landfills in the State of Georgia. Not a single active landfill is on the Superfund list. The 5 landfills referenced by the ORK are old, unlined facilities, some of which date back to the 1880’s. A lot has changed over the years, especially since 1991 when modern landfills became the standard. In fact, a review of data at the EPD shows that there has been not one single detection of a failure in the modern landfill liner systems since the EPD began monitoring them in 1991.”

Wall pointed to the extensive permitting process which must be completed before any site development work can begin. He noted that they “are required to go through the necessary steps with the Screven County Commission regarding a Conditional Use for the property. Then the Georgia Environmental Protection Division (EPD), with oversight from the federal EPA, must conduct a full review before any permits can be issued or work begun at the site.”

Although AWS does not have approval for its Conditional Use request for Green Meadows, the company recently requested third-party testing of the site. Wall said that while this testing was not required at this early stage, he wants to address any concerns that the community may have. Harbin Engineering, P.C. contracted Innovative Engineering Strategies, LLC (IES) to perform the third-party analysis of the Green Meadows site. IES oversaw initial tests to evaluate the geotechnical suitability and the groundwater pollution potential of the site. The initial soil sampling and testing reveal the site is geotechnically suitable for the proposed conditional use of a modern Subtitle D landfill and thus meets the zoning requirement.

In IES’s professional opinion, the likelihood of the modern Subtitle D landfill failing and resulting in groundwater contamination of the water supply for offsite residents and farmers in the vicinity of the proposed landfill is practically impossible because of the depth to groundwater, natural clays and clayey-sands underlying the site, and distance to offsite water supply wells. This is confirmed in the method Georgia EPD will require for review of groundwater pollution potential of a proposed modern landfill. Furthermore, there have been no documented releases from modern landfills in Georgia associated with leachate leakage from the liner, as confirmed in data researched and available at the Georgia EPD Solid Waste Management Program.

Regarding leachate treatment and discharges, AWS has determined that it will not be sending its’ leachate to the City of Sylvania’s wastewater treatment plant. Atlantic Waste plans to collect leachate and treat it onsite through a combination of recirculation and reverse osmosis. By utilizing these processes, there will be no discharges into Brady Branch or the Ogeechee River.

As landfill waste breaks down, the chemical and biological reactions result in the buildup of methane gas. This gas will be collected and directed, via pipes, to either a waste-to-energy facility or a flare system that will convert the methane to carbon dioxide before leaving the facility.

Modern landfills are strictly regulated before they are even built. There are federal and state location restrictions to ensure that landfills are built in suitable geological areas away from faults, wetlands, flood plains or other restricted areas. Independent analysis has already shown the Green Meadows site is compliant with county zoning, state requirements and Screven County’s most recent Solid Waste Management Plan.

Wall pointed to the fact that the proposed Green Meadows facility will have to comply with composite liners requirements. “This will be a modern, lined, Subtitle D, municipal solid waste landfill that can only receive household waste and certain types of nonhazardous waste. This is not going to be a toxic, industrial-waste depository. Some materials may be banned from disposal in this type of landfill, including common household items like paints, cleaners/chemicals, motor oil, batteries, and pesticides or coal ash.”

All solid waste facility owners must have in place financial assurance (money, insurance policy, bonds, etc.) set aside to close the landfill, complete 30 years of post-closure care maintenance and monitoring and any (unlikely) clean-up or corrective action(s) which may be necessary.

“These are just a few examples of the hundreds of pages of regulations in the Georgia Comprehensive Solid Waste Management Act, 1990, as amended. It’s very clear that the siting, design, permitting, construction, operation, monitoring, closure and post closure of a municipal solid waste disposal and recycling facility is a detailed, expensive and regulatory intensive project.”

AWS announced that it planned to develop an 84-acre facility on the 1,000-acre site of the Green Meadows Dairy and that the remaining 900-plus acres will be managed as required buffers with other acreage that will continue to be utilized as active agricultural land for the foreseeable future.

AWS is in the final stages of negotiations to purchase the property which is currently owned by United AG, LLC. The property has been operating as the 1,500-head Green Meadows Dairy for about six years.

On May 28, AWS voluntarily hosted a public information meeting at Screven County High School. Screven County currently produces nearly 40 tons of garbage per day which is then hauled to a landfill outside of the county. Having a local, in-county Landfill will provide a shorter haul distance, reducing hauling cost.

Since the May 28 meeting, AWS has been committed to listening to concerns and updating the public through advertising, social media, one on one meetings, and other efforts.

AWS submitted a request on July 9 for a Conditional Use Permit in AG-3 zoning for a municipal solid waste disposal and recycling facility. The permit request noted that Ben Wall is the authorized agent for AWS and has signed a contract to purchase the subject property from the owner, United Ag, LLC.

For more information from AWS regarding the Green Meadows property, visit www.greenmeadowsdisposalrecycling.com.