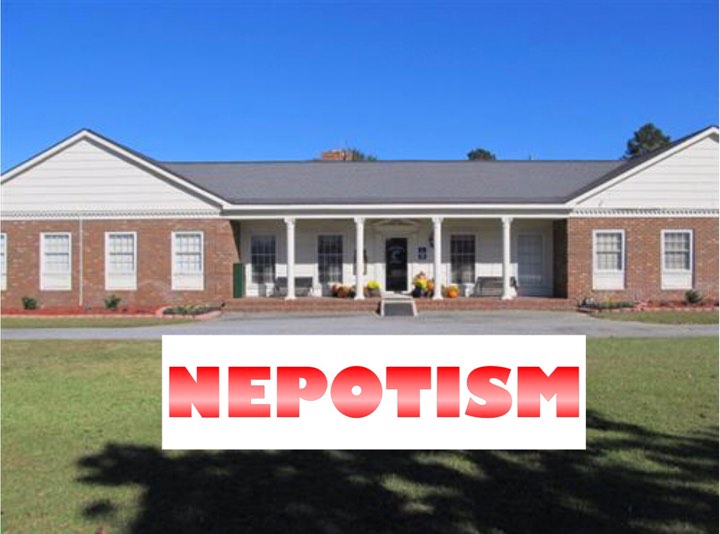 Official records from the Evans County School System show that a personnel decision to hire the wife of Superintendent Martin Waters skirted board approval and has not been put forth for public review, even though the hiring is effective July 24, 2019. The decision may have put both the local school board and the superintendent at risk with the Georgia Professional Standards Commission (PSC).

An inquiry into the matter began after AllOnGeorgia was contacted by employees – both past and present – of the Evans County School System who were concerned about the hiring of a family member by the central office administration and the closed-door meeting in which the employment took place.

Documents indicate that Jessica D. Waters has been hired for employment by the Evans County School System to work as an ISS Teacher. The Georgia Professional Standards Commission, which regulates certifications for teachers in the state, shows a revocation of her certificate effective March 3, 2018 after a plea negotiation for a felony shoplifting charge in 2017.

The felony case was recently closed following a conditional discharge order by the court, which is often used for drug offenses and property crime offenses that stem from drug abuse. After completing probation, restitution, and in-patient treatment, criminal records are cleared and the convicted felon status’ is erased. In Waters’ case, the case was discharged in early June and she was hired by the school system just 12 days later in what records state was an ‘internal personnel transfer.’

A timeline of events is as follows:

2016-17 School Year Begins – Jessica Waters is on the approved list of possible substitute teachers after completing a criminal background check. Many school systems use contract services, like Kelly Subs, but Evans County maintains their list internally and handles each substitute as a contractor with the school system. During this time, Martin Waters is the interim superintendent.

August 30, 2016– Board votes to approve Martin Waters as Superintendent and award him a contract through June 30, 2017.

February 14, 2017 – A guilty plea is entered by Waters, who is sentenced to 5 years probation, 180 days in jail, and in-patient treatment. A conditional discharge is offered if sentencing terms are met, no additional crimes are committed, and fees and fines are paid on time.

Jessica Waters remains on the substitute teacher list for the remainder of the school year, despite the guilty plea, and is on the list again for the 2017-18 school year, during which time her teaching certification is revoked.

June 24, 2019 – A special-called meeting with the Evans County Board of Education is called at 12:00 p.m. for Executive Session to discuss personnel matters. Upon return to regular session, a public vote is made on the employment of several new hires across the district. Chairman Durell Lynn and Board Member Job Gutierrez are absent while Sharon Haire, Barbara Murphy, Ed Mosley, Joyce Lockwood, and Vernella Welch are all present. 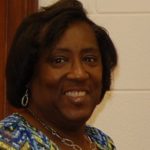 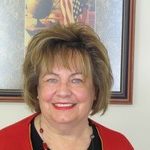 Not announced at the meeting or published with the Board meeting minutes was the internal transfer of Jessica Waters from Substitute Teacher to ISS Teacher, which was a personnel transfer made with four others for the 2019-20 school year. Waters is the only internal transfer from ‘substitute’ to teacher. The ‘Administrative Internal Personnel Transfers’ were presented to Board members in executive session during the June 24, 2019 meeting but the document was marked “FOR BOE INFORMATION.”

Board members did not vote to approve these transfers, which means the decision was 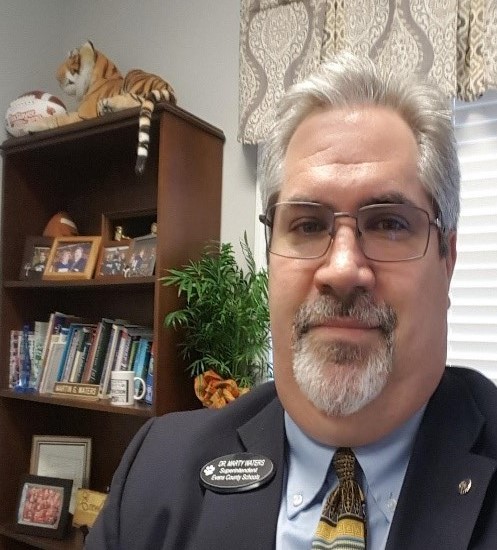 made by the Superintendent, Martin Waters, or another central office superior, like Karen Bland, Director of Personnel. In a July 22, 2019 Open Records Request, AllOnGeorgia asked the school system for documentation reflecting the date of approval as well as the person or person(s) who made the approval.

June 26, 2019 – Board meeting minutes from the June 24th meeting are published to the website and only reflect the personnel recommendations voted on by the Board, not the ‘internal transfer’ list discussed in executive session.

July 1, 2019 – 2019-20 school year begins. Jessica Waters’ teaching certification is still deemed revoked by the state. She will begin as the ISS Teacher on July 24, 2019. According to the PSC website, a person with a revoked license cannot serve as a substitute teacher and may not petition for reinstatement of a certification for at least three years. It holds the Superintendent and local board of education responsible for ensuring no person with a revocation holds a job in the district.

A DEVIATION FROM NORMAL PROCEDURE

Withholding ‘internal personnel transfers’ from both a board vote and public disclosure is not in line with the standard operating practices of the Board. The following board meeting minutes show public votes on these personnel matters:

A regular board meeting was held after the June 24th meeting, which means minutes and related attachments would have been made publicly available by the publishing time of this article. The internal transfers still do not accompany the minutes nor have they been made public like those over the last 12 months.

Among the concerns of the citizens who contacted AllOnGeorgia regarding the new hire was the supervisory role of the superintendent.

Additionally, any issues with principals and school administrators that cannot be resolved at the school level go before the superintendent for resolution.

Any existing nepotism policy and the background check policy was also requested in the Open Records Request because the entire board policy website has been removed from the school system webpage as of last month, “pending updates.” AllOnGeorgia is awaiting those policies as well as an expected date on which the policies will be back online.

THE IMPACT OF THE CHANGE TO A CHARTER SYSTEM

The Evans County Board of Education voted earlier this year to begin the process of transitioning the district to a charter system, citing increased flexibility. When the idea was proposed, Superintendent Waters told board members that among the benefits of the charter system was the ability to hire non-certified personnel for teaching positions.

Jessica Waters could petition the PSC to get her certification reinstated, but she would have to list her court pleadings, despite the discharge. She would also have to wait until March 2021.

The next course of of action is entirely up to the Board Members. Unless a special meeting is called, the next regular Board of Education meeting is set for Monday, August 12, 2019 at 6:00 P.M.