The City of Oliver is asking a state agency to reconsider its decision regarding unlawfully issued traffic citations and to provide clarification as to whether or not the city must refund almost $41,000 in collected traffic fines. 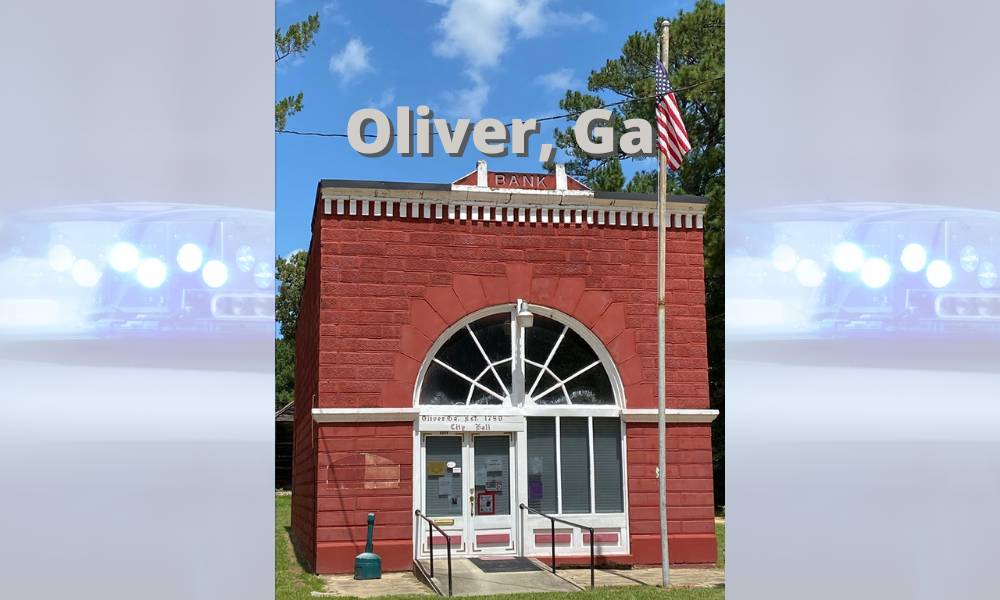 The City of Oliver is asking a state agency to reconsider its decision regarding unlawfully issued traffic citations and to provide clarification as to whether or not the city must refund collected traffic fines.

AllOnGeorgia reported in April 2020 that Screven County’s City of Oliver, population 226, unlawfully issued almost $41,000 in traffic citations after an investigation by the Georgia Department of Public Safety (DPS) determined that Kildare Road was not on the state approved list of roadways for speed detection devices. Municipalities in Georgia are required by law to meet state requirements to use what are commonly referred to as ‘radars.’ The state requires that an agency be approved to run radar in the city limits, that the officer utilizing a radar be certified by the state, and that the road on which the radar is used be approved by the state and maintained on a DOT list as well. Roads must also be marked with DOT signs noting the use of the speed detection devices. The lists are updated annually.

Earlier this year, the state determined that from January 8, 2018 to November 11, 2019, the City of Oliver issued 132 speeding citations on Kildare Road after checking motorists’ vehicle speeds with radar. As a result, the Oliver Municipal Court collected $40,415 in fines. The state ordered Oliver and the Oliver PD by May 4, 2020 to inform the city clerk that the citations should never have been issued, to evaluate the matter in municipal court, and to provide DPS with copies of the citations for further review.

In July, AllOnGeorgia filed an Open Records Request with the City seeking correspondence with the state as well as any decisions made with regard to the traffic citations. Both were just recently provided by the city.

The state left the remedy component up to Oliver Municipal Court Judge Gary Reddick, but city officials say that municipal court, which only meets every other month, has been impacted by the COVID-19 pandemic. Since April, court has only been held once, as court is held in the police department building and cannot hold more than eight individuals when adhering to social distancing requirements. Officials say that has kept Judge Reddick from issuing an Order.

The Court must decide if it will refund the money for the citations, retract any points issued on driver’s licenses, dismiss and expunge any other offense, like DUI or drug possession, that was cited

due to a traffic stop initiated by a speed detection device on Kildare Road. The Court can also opt to take no action at all and city officials said it is possible that the judge would have to consider each case on an individual basis.

But the city still maintains it did nothing wrong and has requested the state reconsider the final decision and sanction. It also wants the state to clarify whether or not the traffic fines must be refunded. City officials cite a November 1, 2019 document identified as ‘List Number 10201103’ signed by Mayor Justine T. Brown, which defines the ‘List of Roadways for City of Oliver.’ The document shows a notary seal, which was four and a half years out of date at the time the document was signed, but the city says the document was submitted to the state on behalf of the governing authority and was used for the parameters of police activity. The city’s question for the state is ‘Why can’t the city run radar if the road is on their list?’

The problem for the City of Oliver is that the state has no record of the list.

Since the investigation into the City of Oliver began, the Georgia Department of Public Safety has had leadership turnover at the top and the initial case investigator is no longer in the same division. The city says that has slowed down the process some.

Nevertheless, city officials say there was no malicious intent in running radar on Kildare Road, as it began back in 2017 after concerned citizens appeared before city council and requested assistance when children were loading and unloading on the school buses. “It started because of a public safety matter,” City Attorney Scott Brannen said. He also said the city has complied with all of the state’s requests and continues to seek their guidance on what to do next.

In the meantime, the clerk for the police department continues to log the names and contract information for individuals who inquire about a citation issued during the period in question. The police department, which only employs Chief Pat Kile at the time, remains on probation with the Georgia Department of Public Safety for another seven months and is subject to periodic inspection by the Office of Professional Standards. The state reinstated the radar permit for the city back in April and the police department has resumed use of speed detection devices on the state-approved roads, which the city says now includes Kildare Road.