Brown says encryption makes America a more dangerous place and that digital devices shouldn’t have more protections than property in a person’s home. 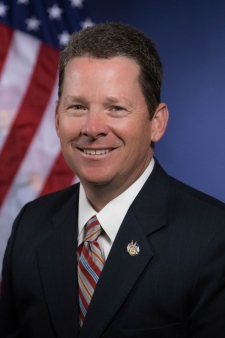 On United States Attorney with the U.S. Department of Justice is vocalizing his opposition to ‘warrant proof encryption’ on electronic devices.

Joseph D. Brown, United States Attorney, Eastern District of Texas, penned a piece -“Legislators Must Not Allow “Warrant-Proof Encryption” To Make America A More Dangerous Place” -which was published on the DOJ website this week as part of Project Safe Childhood. Brown was sworn in as the United States Attorney for the Eastern District of Texas in February 2018 after being nominated by President Trump.

His piece is below.

William Craig Whisman came to a parking lot in Plano with a stuffed toy, intending to have sex with a young girl whose father had offered her up in a website chatroom.  Earlier, Whisman had sent two videos to the father in which Whisman simulated the acts he wanted to commit on the young girl.    Now, he was there to make his fantasy a reality.

Fortunately, the girl was not real.   But after law enforcement discovered that Whisman had sent pictures of other children – this time real children he had secretly photographed while standing in line at a local Home Depot – officers ended their ruse and swept in to arrest him

When Whisman saw agents closing in, he turned off his phone.   Security measures on the

phone prevented officers from accessing its contents.   Search warrants and subpoenaes were powerless to provide access because advanced encryption techniques protected Whisman’s secrets.    Had real children been abused?   Could abused children be hidden somewhere?   Were there other child exploiters communicating with him that law enforcement could pursue and prevent from offending?    Time was ticking, and officers needed to know the answers quickly to potentially prevent a tragedy.

The answers would not come for months.

Technology companies continue to advance security measures and implement “warrant-proof” encryption of data on communication devices.    To be sure, encryption protects important privacy interests of law-abiding citizens.   But encryption also provides a safe space for criminals to operate, shielding evidence of illegal activities from authorities.    Terrorists, child predators, and other criminals should not be able to hide what they do from law enforcement, especially when investigators have been authorized by a court to search for evidence.

Common sense solutions are needed to protect the privacy of citizens while ensuring that criminals cannot hide their activities.    The Fourth Amendment protects us all from unwarranted government intrusion, but the Constitution has always struck a balance between privacy and security by allowing law enforcement, upon a showing of probable cause, to access an individual’s zone of privacy.   We ask for no more access to digital devices than what the Constitution already provides.

Today, more and more evidence of crime is digital.    Evidence stored in a phone or on a laptop should not be protected more than evidence in a person’s home, which has always been considered the most private of places.   By allowing dangerous criminals to cloak their communication behind an impenetrable digital shield, the deployment of warrant-proof technologies is already imposing a great cost on society.

Over a year after William Whisman was arrested, law enforcement finally was able to access his phone when new forensic techniques were implemented.   On the phone were thousands of images of child pornography.   Even more troubling, investigators found chat logs of conversations Whisman had been having with other men and women about the sexual abuse of children.   As prosecutors secured a prison sentence of more than 24 years for Whisman, officers began the job they should have been able to do months before – investigating those individuals, rescuing children, and trying to prevent the evil that happens too often.

The United States must enact legislation to ensure lawful access for law enforcement, consistent with the traditional protections of privacy, to digital evidence of crime.