The virtual bus tour across Louisiana, Mississippi, Alabama, Florida, Georgia and South Carolina, encourages people to complete the 2020 Census as the first, critical step for communities recovering from the global pandemic. 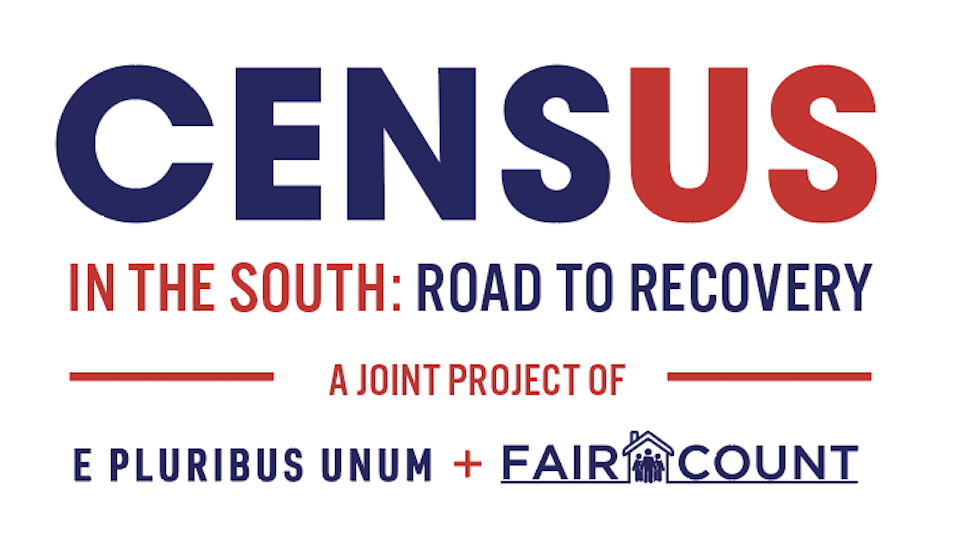 Fair Count Founder Stacey Abrams and Founder and President of E Pluribus Unum Mitch Landrieu launched Census in the South: Road to Recovery, a virtual bus tour across Louisiana, Mississippi, Alabama, Florida, Georgia and South Carolina, that encourages people to complete the 2020 Census as the first, critical step for communities recovering from the global pandemic. In a conversation that aired on Facebook and YouTube, Abrams and Landrieu sounded the alarm that the 2020 Census is on track to drastically undercount the South, and in particular, communities of color. Fighting a challenged and rushed census, the South is poised to lose out on much of its fair share of resources and political power, while already having lost too many battles against COVID-19.

Both leaders stressed the importance of completing the 2020 Census and challenged viewers to be seen and heard in both the census and at the polls this fall.

The 2020 Census will direct more than $1.5 trillion dollars to the states through more than 300 federal programs every year, for the next ten years, and allocate political power through reapportionment and redistricting. As the nation recovers from the COVID-19 global pandemic, an accurate census count will be crucial to ensuring that communities receive their fair share of resources and political power. For every person missed in the 2020 Census, states lose thousands of dollars in programmatic funding every year.

An already challenged census, the pandemic halted its progress in March and April, as field operations and offices shuttered around the nation. The census offices slowly began to reopen over the summer and the critical Nonresponse Followup (NRFU) operation started nationwide on August 11th. However, advocates and career census staff alike have voiced serious concerns that the census will be rushed with the new September 30th deadline. This deadline means that the census will have both the shortest NRFU operation and the shortest timeframe for critical data analysis in modern history.

“When they try to limit the amount of time we have to count ourselves, which is significantly less than every census that has been taken, somebody is actually intentionally trying to limit our authority, our power, and the resources that have to come back into our communities,” said Landrieu.

“We have this moment where we can tell the story of what the south can be. We are the largest the nation has ever been, and the South is one of the fastest growing parts of our country. We may have some of the deepest challenges, but we have some of the best opportunities. And to make our voices heard, and to get the resources we need– to deliver our promise– we have to do the census,” added Abrams.

The Census in the South: Road to Recovery virtual bus tour will “stop” over the next three weeks in Louisiana, Mississippi, Alabama, Georgia, Florida, and South Carolina, offering virtual events with local leaders, civic organizations, faith institutions, and other groups seeking to mobilize the Southeast to get counted. The census ends on September 30th, and for many communities in some of the hardest to count areas in the country this tour serves as the final push for completion.