The announcement comes as boards of election across the country struggle with the challenge of balancing convenient voter access with CDC guidelines for Covid-19. Stadiums and arenas allow for social-distance voting while reducing lines, wait-times, and other potential obstacles. 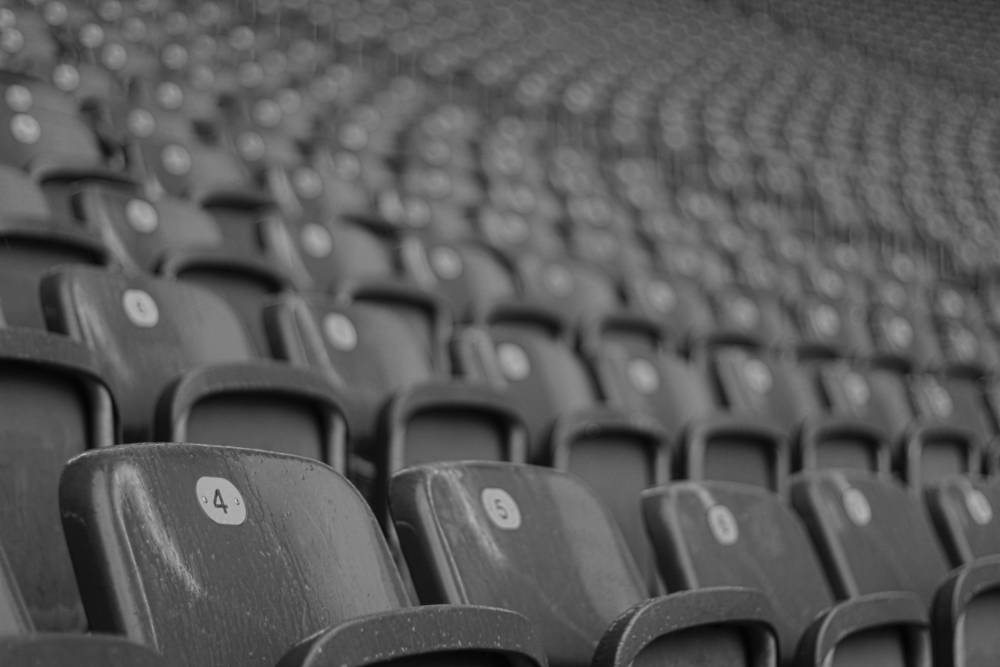 The announcement comes as boards of election across the country struggle with the challenge of balancing convenient voter access with CDC guidelines for Covid-19. Stadiums and arenas allow for social-distance voting while reducing lines, wait-times, and other potential obstacles.

This multi-league action is being spearheaded by the Election Super Centers Project, a nonpartisan, joint initiative of the National Vote at Home Institute and Silver Linings Group to help team/arena owners/operators work with election officials to open large venues as polling sites in 2020. Chaired by acclaimed filmmaker and public policy advocate Eugene Jarecki and National Vote at Home Institute CEO Amber McReynolds, the Project convenes experts in public health, venue security and election integrity to ensure that millions of Americans will be able to vote safely and securely, overcoming hurdles seen during state primaries.

This year, professional sport and cultural luminaries have become increasingly involved in civic engagement activities, including the announcement last month by LeBron James and his group More Than a Vote that the Detroit Pistons and Atlanta Hawks would open their arenas as polling places in 2020. Now, the Election Super Centers Project is working with more than a dozen additional teams and arenas to open as supplemental voting and registration centers this year. These teams/arenas include the LA Clippers at The LA Forum, Washington Wizards, Golden State Warriors, Indiana Pacers, New Jersey Devils, Dallas Mavericks, Pittsburgh Steelers, Pittsburgh Penguins, Milwaukee Bucks, and Washington Capitals, all of whom have signaled their intent to open their doors and are now working closely with election officials. Project co-Chair McReynolds first proposed the idea of using arenas as polling places three years ago when she was Denver Director of Elections. Now, with COVID-19 resurging, the idea has gained renewed currency.

“Voters can rest assured that we’re working tirelessly to protect them,” says McReynolds. “Whether you vote by mail, drop off your ballot, or vote in person, you should have a safe, secure, and accessible voting experience. We could not be more grateful to the teams and venues that have stepped up to this challenge and we hope many more will join this movement.”

Project co-Chair Eugene Jarecki points out that while the idea is groundbreaking, its success lies in the details. “Our mission,” he explains, “is not only to help large-scale venues offer thousands, even millions, of voters greater poll access this year but to ensure that their voting experience meets the highest standards of safety, security, and election integrity.” To this end, a nonpartisan advisory circle of experts has been assembled: Colonel Lawrence Wilkerson (national security expert and former Chief of Staff to Colin Powell); Dr. Jonathan Metzl (Director, Vanderbilt University’s Center for Medicine, Health, and Society); Dr. Alister Martin (Executive Director, VotER), Jennifer Morrell (former elections official and partner, Elections Group LLC), Gavin de Becker (Security Expert); James Schwab (Chief Deputy Secretary of State, CA); and Jared Dearing (Executive Director of Kentucky Board of Elections who implemented meticulous COVID-19 voting protocols when he oversaw the successful state primary including several super centers).

“We are using arenas to protect the most precious of our constitutional rights, the right to vote, says Wilkerson, “and we have convened some of the best minds in the country to deliver on that commitment.”

Project member Dr. Jonathan Metzl, Director of Vanderbilt University’s Center for Health Medicine and Society said, “Traditional polling places are designed to handle relatively small numbers of voters, standing in close proximity to one another in lines and with voting machines bunched together. Arenas, on the other hand, are built to allow tens of thousands of people to safely move through them at one time without creating long lines. With the right modifications, arenas could allow voters and poll workers to observe social distancing guidelines with an expedited, secure voting experience.”

Luminaries Doc Rivers, John Legend, and Chuck D have also joined the Project, along with Shawn Sachs of Sunshine Sachs and actor/filmmaker Fisher Stevens, to help launch a voter education campaign to raise public awareness of this vital protective election measure. The campaign will be coordinated to support the existing work of such partner organizations as Voto Latino, HeadCount, the Black Male Voter Project, and Rock the Vote to maximize turnout in 2020. The Project is currently discussing with team/arena owners plans for players to support these groups’ registration and voter awareness efforts, through both in-person appearances and digital engagement by sports stars. Arenas are also discussing plans with election officials to open for early voting and, during the month of September, for voter registration.

NBA Head Coach and Project advisor Doc Rivers adds, “Having additional venues available that are large enough to ensure ample social distancing with extensive health and safety protocols in place is important during this unprecedented time. These supplemental venues ensure people can exercise their right to vote. We will continue to work hard off the court to secure as many large arena and venues as possible.”

Under the Project’s recommendations to election officials, arenas will not replace local polling sites but rather act as supplemental locations, helping to reduce the strain on traditional sites. Should Covid-19 force any sites to close (as occurred during the Wisconsin and Georgia primaries for example), arenas will serve as backup polling places with capacity to implement CDC guidelines while processing large numbers of voters.

“No one should have to choose between exercising their most precious democratic right and their personal safety,” notes Project member John Legend. “Our regular polling stations and vote-by-mail cannot be replaced, but the most important thing is to ensure we have options that work for everyone. The option to vote in an arena, with the kind of space the CDC advises for safe voting, is an added way to protect Americans and our democracy.”

“Election Super Centers take on the obstacles that prevent people from being able to vote,” adds Chuck D. “Instead of an election day where people are turned away or obstructed, arenas and stadiums will be welcoming them in.”

In addition to mitigating the risk of infection for voters and poll workers alike, Project co-Chairs McReynolds and Jarecki underscore that arena voting will also help improve voter confidence in the face of recent reports both on postal service delays and voter intimidation dangers this year.

Currently, the Election Super Centers Project is working with over a dozen professional teams and arenas and expects to expand this number to twenty-five in the coming weeks. In partnership with George Linardos, CEO of ANC, which operates within Learfield IMG College, in addition to professional teams and arenas, plans are also underway to help universities, colleges, and community colleges open additional venues. The Project has also entered preliminary conversations with several other large-scale venues outside the sports world, wherever the use of such facilities can take pressure off existing election infrastructure.

Based on the estimated capacities of the venues with whom they are already working, and others they are confident will follow, Jarecki and McReynolds believe that Election Super Centers will help improve poll access for over a million voters.