A federal judge ruled this week that a nonprofit seeking to open a facility in Philadelphia for the injection of illegal drugs would not violate a federal drug law known commonly as the federal “crack house statute.” 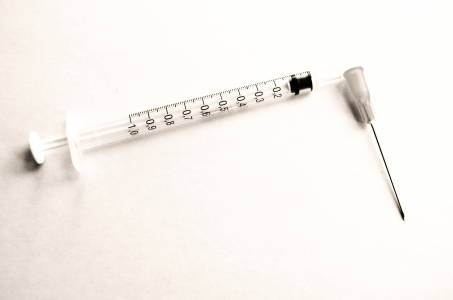 A federal judge ruled this week that a nonprofit seeking to open a facility in Philadelphia for the injection of illegal drugs would not violate a federal drug law known commonly as the federal “crack house statute.”

The decision by United States District Court Judge Gerald A. McHugh in favor of nonprofit Safehouse makes final a prior ruling and paves the way for a showdown on appeal.

“We respectfully disagree with the District Court’s ruling and plan to appeal immediately,” said United States Attorney William M. McSwain. “What Safehouse proposes is a radical experiment that would invite thousands of people onto its property for the purpose of injecting illegal drugs. In our view, this would plainly violate the law and we look forward to presenting our case to the U.S. Court of Appeals for the Third Circuit.”

The application of the law in question, which prohibits any person from maintaining a place for the purpose of illegal drug use, is hotly contested. Safehouse contends that allowing illegal drug use on its property is necessary to prevent overdoses. The so-called “supervised injection site” proposed by Safehouse would be the first of its kind in the United States.

This effort is staunchly opposed by a growing number of federal authorities, including the U.S. Department of Justice and the U.S. Surgeon General. In anticipation of this ruling, U.S. Deputy Attorney General Jeffrey A. Rosen published an editorial in the Philadelphia Inquirer earlier this month, condemning Safehouse’s plan and committing to an appeal. Last month, U.S. Surgeon General Jerome M. Adams cautioned, “I have looked at the data,” and “we want to optimize the things that we know work before we start having conversations about more controversial interventions.”

Community groups in neighborhoods where Safehouse is rumored to be considering opening an injection site have also objected. “We believe that Safehouse’s proposed activity threatens to institutionalize the scourge of illegal drug use – and all the problems that come with it – in Philadelphia neighborhoods,” said U.S. Attorney McSwain. “In light of these concerns, Safehouse should act prudently and not rush to open while the appeal is pending. But if it does rush forward, my Office will evaluate all options available under the law.”

While no timeline has yet been set for the appeal, the United States will seek an expedited ruling from the Third Circuit.