The organization says their programs create an opportunity to transform service related issues, injuries and illnesses into a structured, musical outlet as an enhancement of traditional therapies and/or treatments. 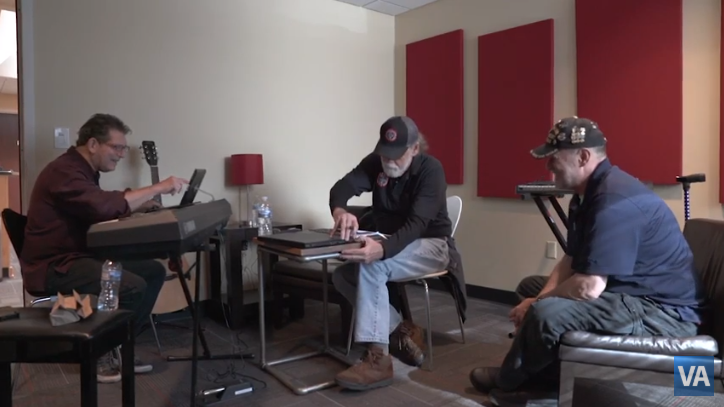 Second iteration of music retreats to launch in August

The U.S. Department of Veterans Affairs (VA) recently announced that it is expanding its partnership with nonprofit Operation Song to launch a series of songwriting retreats aimed at helping Veterans share and cope with military experiences through music.

Operation Song™ is a 501(c)(3) non-profit based in Nashville, Tennessee. Their mission is to empower veterans, active duty military, and their families to tell their stories through the process of songwriting. The organization says their programs create an opportunity to transform service related issues, injuries and illnesses into a structured, musical outlet as an enhancement of traditional therapies and/or treatments.

Now, Operation Song is hosting 10 Veterans for a three-day weekend retreat in Nashville, Tennessee, from Aug.15-17.

“VA is committed to exploring new and innovative ways to care for Veterans,” said VA Secretary Robert Wilkie. “This includes using creative arts therapies in conjunction with community partners to help Veterans express themselves when conventional therapeutic methods may not be enough.”

Founded by Grammy and Dove-award nominated songwriter, Bob Regan, Operation Song’s first three-day music retreat in partnership with VA was held in Nov. 2018. During that event professional songwriters and VA therapists worked with Veterans to write and record songs. Since 2012, Operation Song has written over 700 songs with veterans of WWII to those currently serving.

While a background in music is not necessary to participate, interested Veterans must be referred by their VA health care provider, be able to function independently and willing to travel to the retreat location. The program is offered at no cost to Veteran participants.

Fmr Blackwater Employee Sentenced to Life Imprisonment for Murder in 2007 Shooting at Nisur Square in Iraq
More Than 1.2M Acres Set to be Treated this Wildfire Season, Resources Mobilized across the Nation
Posting....