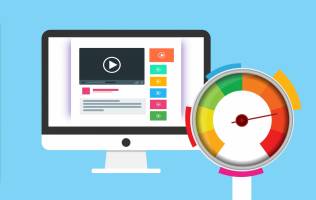 “Under my leadership, the FCC’s top priority is to close the digital divide, and I’m proud of the progress that we have made,” said FCC Chairman Pai. “From 2016 to 2018, the number of Americans without access to 25/3 Mbps fixed broadband service fell by more than 30%. And in 2018 and 2019, the United States set consecutive records for new fiber deployment, with the number of homes passed by fiber increasing by 5.9 million and 6.5 million, respectively. Having grown up in rural Kansas, I have a deep commitment to expanding broadband to all corners of the country. That’s why we’ve taken aggressive steps to remove regulatory barriers to broadband deployment and reform our Universal Service Fund programs. But despite these gains, the job isn’t done—we’ll continue our work until all Americans have access to digital opportunity. In particular, I look forward to commencing Phase I of our Rural Digital Opportunity Fund auction in October, which will bring high-speed broadband to millions of currently unserved Americans

This progress has been fueled in part by the broadband industry’s approximately $80 billion investment in network infrastructure in 2018, the highest annual amount in at least the last decade. In 2019 alone, fiber broadband networks became available to roughly 6.5 million additional homes, the largest one-year increase ever, with smaller providers accounting for 25% of these new fiber connections. .”

Section 706 of the Telecommunications Act of 1996 requires that the FCC determine annually whether advanced telecommunications capability is being deployed to all Americans “in a reasonable and timely fashion.” The FCC says that given the compelling evidence, “the report finds for the third consecutive year that advanced telecommunications capability is being deployed on a reasonable and timely basis. The Commission will continue its efforts to ensure that all Americans have the ability to access broadband.”

You can read the report here.