The former high-level official in the UAW’s General Motors Department, pleaded guilty this week to conspiring with other UAW officials to engage in honest services fraud by taking over $1.5 million in bribes and kickbacks from UAW vendors and contractors. 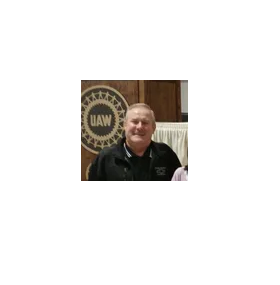 Michael Grimes, a former high-level official in the UAW’s General Motors Department, pleaded guilty this week to conspiring with other UAW officials to engage in honest services fraud by taking over $1.5 million in bribes and kickbacks from UAW vendors and contractors and to conspiring to launder the proceeds of the scheme announced U.S. Attorney Matthew Schneider.

Grimes and his co-conspirators took bribes and kickbacks from the vendors in exchange for contracts with the UAW and/or the Center for Human Resources for watches, jackets, backpacks, and UAW stores at GM manufacturing facilities.  For example, in 2011, Grimes and two other UAW officials demanded that a vendor give them a $300,000 kickback on a $6 million contract to purchase 50,000 jackets emblazoned with “Team UAW-GM.”  Grimes collected the $300,000 kickback and delivered the proceeds to two other UAW officials.  In addition, Grimes demanded an additional kickback for $525,000 from the same vendor for the same jacket contract.

In another corrupted contract, Grimes and his UAW co-conspirators demanded kickbacks on a $3.9 million contract for the Center for Human Resources to buy 58,000 watches for all UAW members employed by GM.  The UAW officials demanded over $300,000 in kickbacks on the watch contract to be distributed between 2013 through 2016.  Some of the kickbacks were distributed in the form of checks disguised as tens of thousands of dollars in payments for “antique furniture.”  The majority of the kickbacks were distributed as cash.  In 2014, the UAW-GM Center for Human Resources received the 58,000 watches from the vendor.  However, the watches were never distributed to UAW members.  Instead, the watches have been sitting in storage in a warehouse for over five years.

Besides conspiring with other UAW officials and vendors to the UAW, Grimes also admitted that he conspired to launder the proceeds of the kickback scheme by using various methods to conceal and disguise the bribes and kickbacks through a lengthy and complicated series of financial transactions involving millions of dollars.

“The hard-working members of the UAW deserve to be represented by leaders who give them true leadership — and that means leadership that isn’t driven by corruption and greed,” said United States Attorney Matthew Schneider.  “Today’s guilty plea is another step in the right direction of our battle against corruption in the union leadership.”

“Michael Grimes abused his former fiduciary position as an International United Auto Workers Union official by demanding and accepting over $1.5 million in kickbacks from vendors.  Grimes chose greed over bargaining in the best interest of UAW members to personally enrich himself.  We will continue to work with our law enforcement partners to protect the financial integrity of labor organizations,” stated Irene Lindow, Special Agent-in-Charge, Chicago Region, U.S. Department of Labor Office of Inspector General.

“Today’s guilty plea highlights a years-long criminal investigation of wrongdoing between high ranking UAW officials and vendors,” said Acting Special Agent in Charge Drolshagen. “The FBI and our federal partners will remain vigilant in our efforts to expose these corrupt fraud schemes that continue to undermine the trust and hard work of union members.”

“For more than a decade Michael Grimes and other UAW officials were part of a corruption club that conspired to launder proceeds generated from the illegal kickback scheme.  Grimes and others concealed the source of the money through a series of convoluted transactions totaling millions of dollars.  This behavior served one purpose; self-enrichment and this greed became an epidemic throughout the corruption club,” stated Manny Muriel, Special Agent in Charge of Detroit’s IRS Criminal Investigation.

“Michael Grimes betrayed the trust of the union membership who rightfully expected him, as a union official, to protect and safeguard their union’s funds and assets instead of using his position to enrich himself and others within the UAW,” said Thomas Murray, District Director, U.S. Department of Labor, Office of Labor-Management Standards.  “The charges filed against Grime leaves no question as to the agency’s commitment to seek justice when anyone puts personal financial gain ahead of the best interests of union members.”

The case is being prosecuted by Assistant U.S. Attorneys Frances Carlson,  Eaton Brown and Adriana Dydell.