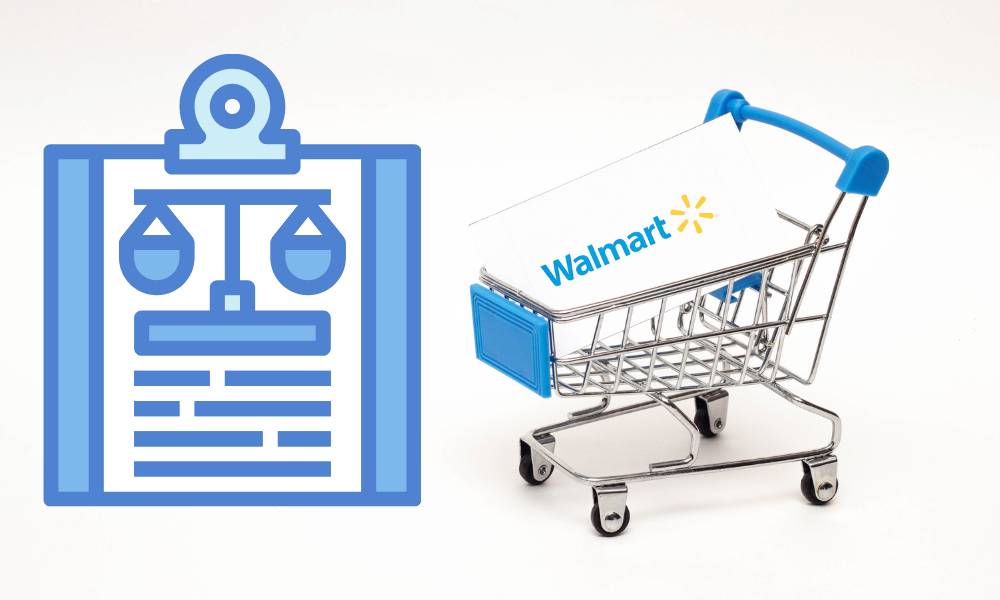 The complaint alleges that this unlawful conduct resulted in hundreds of thousands of violations of the Controlled Substances Act (CSA).  The Justice Department seeks civil penalties, which could total in the billions of dollars, and injunctive relief.

“It has been a priority of this administration to hold accountable those responsible for the prescription opioid crisis.  As one of the largest pharmacy chains and wholesale drug distributors in the country, Walmart had the responsibility and the means to help prevent the diversion of prescription opioids,” said Jeffrey Bossert Clark, Acting Assistant Attorney General of the Civil Division.  “Instead, for years, it did the opposite — filling thousands of invalid prescriptions at its pharmacies and failing to report suspicious orders of opioids and other drugs placed by those pharmacies.  This unlawful conduct contributed to the epidemic of opioid abuse throughout the United States.  Today’s filing represents an important step in the effort to hold Walmart accountable for such conduct.”

“We entrust distributors and dispensers with the responsibility to ensure controlled substances do not fall into the wrong hands,” said Drug Enforcement Administration (DEA) Acting Administrator Timothy Shea.  “When processes to safeguard against drug diversion are violated or ignored, or when pharmacies routinely fill illegitimate prescriptions, we will hold accountable anyone responsible, including Walmart.  Too many lives have been lost because of oversight failures and those entrusted with responsibility turning a blind eye.”

The result of a multi-year investigation by the department’s Prescription Interdiction & Litigation (PIL) Task Force, the complaint filed in the U.S. District Court for the District of Delaware alleges that Walmart violated the CSA in multiple ways as the operator of its pharmacies and wholesale drug distribution centers.  The complaint alleges that, as the operator of its pharmacies, Walmart knowingly filled thousands of controlled substance prescriptions that were not issued for legitimate medical purposes or in the usual course of medical practice, and that it filled prescriptions outside the ordinary course of pharmacy practice.  The complaint also alleges that, as the operator of its distribution centers, which ceased distributing controlled substances in 2018, Walmart received hundreds of thousands of suspicious orders that it failed to report as required to by the DEA.  Together, the complaint alleges, these actions helped to fuel the prescription opioid crisis.

If Walmart is found liable for violating the CSA, it could face civil penalties of up to $67,627 for each unlawful prescription filled and $15,691 for each suspicious order not reported.  The court also may award injunctive relief to prevent Walmart from committing further CSA violations.

“For years, Walmart failed to meet its obligations in distributing and dispensing dangerous opioids and other drugs,” said Deputy Assistant Attorney General Daniel J. Feith of the Civil Division’s Consumer Protection Branch.  “We look forward to advancing this case with our DOJ partners.”

“The opioid crisis has exacted a catastrophic human toll upon the residents of our district and upon our country,” said U.S. Attorney for the Middle District of Florida Maria Chapa Lopez.  “National pharmacy chains must meet their legal obligations when dispensing and distributing these powerful medications. The filing of this complaint in collaboration with the Department of Justice and other United States Attorneys’ Offices demonstrates our firm commitment to enforcing these critical legal requirements.”

“Today’s complaint is the culmination of a painstaking investigation by my office and our Department of Justice colleagues that uncovered years of unlawful conduct that did untold damage to communities around the country, including here in Colorado,” said U.S. Attorney for the District of Colorado Jason R. Dunn.  “We look forward to pursuing justice and holding the company accountable for its conduct.”

“Opioid addiction and abuse have devastated communities across our nation, and eastern North Carolina is no exception,” said U.S. Attorney for the Eastern District of North Carolina Robert Higdon Jr.  “Walmart’s failures only made these problems worse.  For example, our office prosecuted a physician for illegal opioid distribution.  A jury convicted him just last year, and he is currently serving a twenty-year prison sentence.  As it turns out, that physician expressly directed patients to Walmart to have their opioid prescriptions filled.  Walmart’s own pharmacists reported concerns about the doctor up the corporate chain, but for years, Walmart did nothing—except continue to dispense thousands of opioid pills.  My office will continue to work with others in the Department to ensure that Walmart — and all others who had a role to play in this ongoing opioid crisis — are held responsible.”

“The misuse of prescription painkillers is a public health crisis,” said U.S. Attorney for the District of Delaware David C. Weiss.  “DEA registrants must understand that licensure is a privilege, not a right.  Whenever that privilege is abused, whether by the smallest local provider or the largest national chain, our office and the Department of Justice will take all necessary steps to enforce the law and keep the public safe.”

The claims made in the complaint are allegations that United States must prove if the case proceeds to trial.