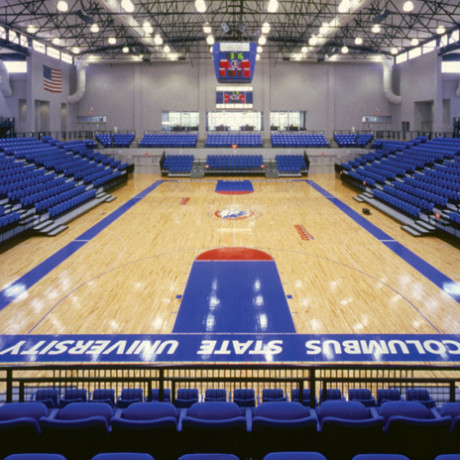 Houser comes to Columbus State from Azusa Pacific (Calif.) University, where he spent the last three seasons as an assistant to head coach T.J. Hardeman.

“We are extremely thrilled with the addition of Matt Houser to our staff,” Howard said. “Matt brings a wealth of enthusiasm and a passion for the game, and will bring in top-tier recruits and have our athletes in premier shape with his strength and conditioning prowess.”

During his three years at APU, Houser helped the Cougars to a 71-23 overall record and the 2015-16 and 2017-18 PacWest Conference regular season championships. Azusa Pacific also won the PacWest Tournament title in 2016 and earned the top seed in the NCAA West Region in 2016 and 2018.

“He has a great work ethic and an impressive background, both as a former professional basketball player and as a coach. His desire to develop successful student-athletes matches well with the winning tradition of the Columbus State University Lady Cougars,” Howard said.

Under his watch, the Cougars had one All-America, two All-West Region and eight All-PacWest selections, along with a PacWest Player of the Year.

“I want to thank Coach Howard for this amazing opportunity,” Houser commented. “I am excited to experience the South and I can’t wait to work with the amazing student-athletes and staff here at Columbus State.”

Prior to joining the staff at Azuna, Houser spent one season at Concordia (Calif.) University, helping the Eagles to a 23-7 record and the program’s first NAIA National Tournament victory. Before joining the college ranks, Houser was the head coach at Santa Margarita (Calif.) Catholic High School. He was the CIF Coach of the Year in 2010 and 2014 after leading Santa Margarita to 3A CIF titles.

Houser is a graduate of the University of Phoenix with a bachelor’s in business management. He also holds a master’s in coaching and athletic administration from Concordia.