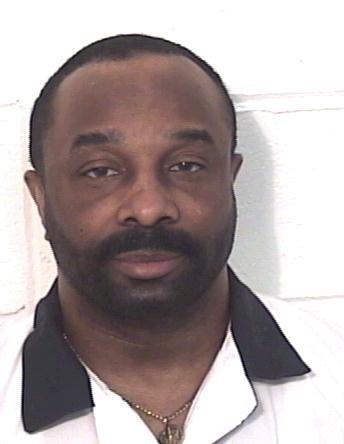 Carlton Gary never thought he would die. But Thursday night he did.

The man who came to be known as The Stocking Strangler was executed at the Georgia Diagnostic and Classification State Prison in Jackson, Ga., after a day and night of futile last-minute appeals. Gary ultimately died in a somber death chamber not far from the tiny prison cell where he has been held since he was sentenced to die in 1986.

Moments after being given the lethal injection, a prison physician pronounced Gary dead at 10:33 p.m. His death brings to conclusion a case that has haunted the people of Columbus for more than four decades. He was the 48th Georgia inmate to die from a lethal injection in the past 17 years.

Until he entered the death chamber, Gary was reportedly confident and cocky — a demeanor that he maintained even though he has been locked up in maximum security cells most of his adult life. Weeks ago, following a prescribed prison routine, after Gary’s execution was legally scheduled a prison official was supposed to interview the Death Row inmate.

The official usually asks prisoners a series of routine questions such as, did the inmate want to request a special final meal … did he want to meet with a clergyman and … were there particular people that he might want to visit him.

He refused the interview.

“They’re not going to kill me,” was the 67-year-old Gary’s blunt response.

A native of Columbus, Gary was found guilty in a Muscogee County courtroom of murder malice, rape and burglary involving  three older women who were residents of the historic Wynnton neighborhood in Midtown Columbus:

Victims were strangled with their own stockings in 1977 and 1978. All along, prosecutors believed the killer was involved in the deaths of Mildred Borum, Janet Cofer, Jean Dimenstein and Fern Jackson. In court, Gary was also connected to brutal attacks on Gertrude Miller and Ruth Schwob, both of whom survived. Authorities in New York have evidence that links him to slayings there.

The days leading up to the execution were busy ones. On Wednesday, after an all-day hearing in Atlanta, the Georgia Pardons and Paroles Board denied his plea for clemency. Starting early Thursday morning Gary and his attorneys began presenting a series of appeals in various venues and various courts.

In one of the filings, Gary submitted two handwritten petitions asking the U.S. District Court in Columbus to remove his two Atlanta attorneys: Jack Martin and Michael McIntyre. He alleged that Martin was suffering from cancer.

The filings and late-night appeals on Thursday led to a tedious break in the original schedule, which called for the execution to be held at 7 p.m. Around 7:45 p.m., state officials sent out word that the Georgia Supreme Court had unanimously dismissed a motion requesting a stay of execution and that Gary would die within the hour.

That didn’t happen after attorneys for Gary were finally allowed to present their pleas to the U.S. Supreme Court. Their appeal was denied around 9:45 p.m., according to the Georgia Attorney General’s office.

Witnesses included several of the investigators who worked the cases from the beginning along with people representing several families of the victims. Charlie Rowe was among the lawmen. He was one of the officers who met Carlton Gary for the first time on the night of his arrest in May of 1984. Many are now retired. After watching the execution, Rowe offered a short and poignant statement that was on the mind of many:

Column: The clock ticks on for the Stocking Strangler
Longtime Realtor stabbed after leaving landmark seafood joint and a meeting of the ageless Fish House Gang
Posting....