#VoteNow – The Columbus Riverwalk, on the banks of the Chattahoochee River in Columbus, Georgia, is in the running for the 2020 People’s Choice Award from the American Association of State Highway and Transportation Officials. 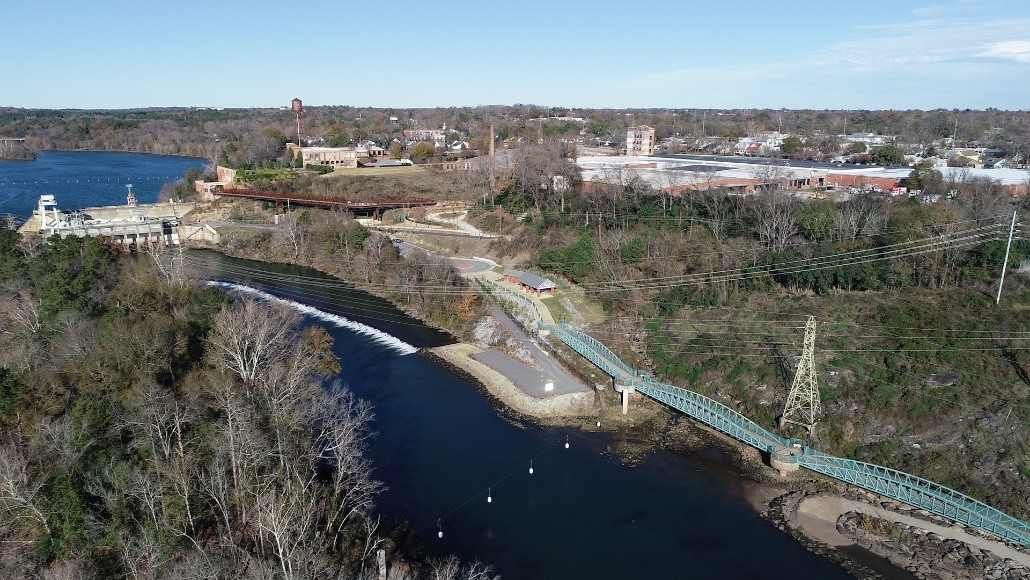 The Columbus Riverwalk, on the banks of the Chattahoochee River in Columbus, Georgia, is in the running for the 2020 People’s Choice Award from the American Association of State Highway and Transportation Officials. Riverwalk is one of just 12 projects from across the country selected in regional competitions and now vying for the national title in AASHTO’s America’s Transportation Awards.

This could be the third consecutive year that Georgia brings home the People’s Choice Award. The Northwest Corridor Express Lanes and the PATH 400 Trail were previous People’s Choice winners in 2019 and 2018, respectively.

Individuals can vote for Riverwalk once every 24 hours (per IP address).

The People’s Choice Award will be presented at AASHTO’s virtual annual meeting in November. To see all 12 contenders, visit https://americastransportationawards.org/.
The Riverwalk was conceived as an opportunity to create a wonderful public amenity on the banks of the Chattahoochee River for walking, jogging and biking, extending from Lake Oliver in the north to Fort Benning in the south. The idea was originally born out of the necessity to address sewer problems within the city of Columbus. While that work was being completed adjacent to the Chattahoochee River, local leaders saw an opportunity to reverse a century or more of the city turning its back on the river, and instead use the riverfront as an asset.

The Riverwalk project began in 1992, but it wasn’t until 2012, with financial and project management assistance from the Transportation Investment Act (TIA) program, that three disjointed sections were connected to form a contiguous 22-mile trail. TIA provided the funding mechanism to complete the project and improve the quality of life in the area.

“The Columbus Riverwalk on the banks of the Chattahoochee demonstrates the value of the Transportation Investment Act program in that its funding makes many regional projects, like this one, a reality,” said Georgia DOT Commissioner Russell R. McMurry, P.E. “Being a contender in the People’s Choice Awards is a proud moment for Georgia. I urge everyone to vote every day for the Riverwalk.”

The best part – if the Columbus Riverwalk wins the People’s Choice, the $10,000 cash prize will be donated to charity.