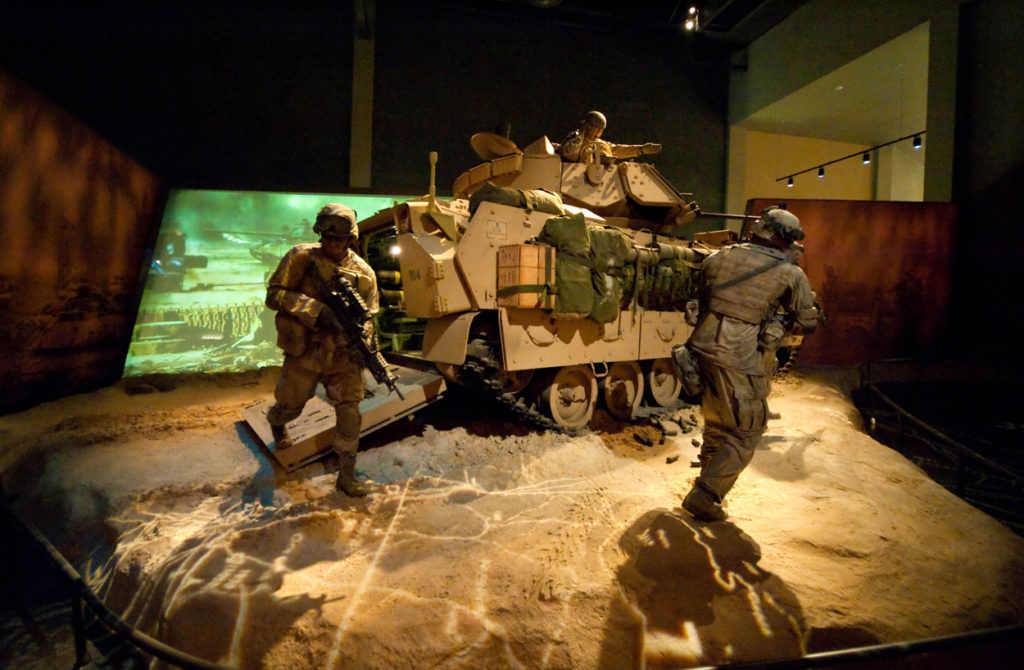 Freedom Fest will be held from 10 a.m. to 4 p.m., and the red, white and blue event will be filled with music, kids’ activities, historical reenactments, food, and fun. Admission is free.

In the spirit of the holiday, the festival will focus on American and military history. The Maneuver Center of Excellence at nearby Fort Benning will bring tanks and other vehicles for visitors to explore, and the MCoE Band will perform.

Visitors will be able to enjoy living historians from the museum’s new neighbors at Westville and cuddle up with scaly friends from Oxbow Meadows. Reenactors will fire a cannon every hour and the Silver Wings Parachute Demonstration Team will drop onto Inouye Field.

New attractions have been added for children and adults who are young at heart. There will be old-fashioned games like three-legged races and sack races for the whole family to enjoy. Get tied up in a giant game of Twister or let lose your aggressions in the inflatable boxing ring.

There will also be bounce houses, a rock climbing wall and the ever-popular Pint-Sized Patriots Parade, sponsored by Muscogee Moms.Youngsters are invited to dress up their bicycles, tricycles, and wagons – and themselves! – for a fun and patriotic parade down Heritage Walk.

Instead of naming top prize winners, ALL participants will get a certificate, a flag to wave and coupons for free popcorn and drinks.

World War II Company Street will be open for self-guided tours between 11a.m. and 3 p.m. Volunteers will be on hand to help visitors locate names on the Vietnam Wall and the Global War on Terrorism Memorial. The Memorial Walk of Honor will be open all day.

Vendors will be offering an All-American menu throughout the 4th of July celebration.

The Fife and Drum restaurant and the Rally Point Canteen concessions stand will be open for diners who would prefer to stay indoors and the Giant Screen Theater will be the perfect place to relax and cool off.

Admission to Freedom Fest is free. There will be nominal costs for the theater, simulators, food and drink. Donations made on July 4th will go toward Operation NIM Kids, to fund visits to the museum for students from Title 1 schools.

The National Infantry Foundation relies on donations to operate the museum and preserve the artifacts that tell the heroic story of the American Infantryman.

The National Infantry Museum and Soldier Center at Patriot Park, a 155-acre tract linking Columbus, Ga, and the Maneuver Center of Excellence at Fort Benning, is the first world-class site to pay tribute to the U.S. Army Infantryman and those who fight alongside him. As the only interactive Army Museum in the United States, the museum showcases the contributions of the Infantry Soldier in every war fought by the U.S. by offering immersive participation and engaging visitors in the unique experiences of the Infantry Soldier. The complex also includes a parade field, memorial walk of honor, Global War on Terrorism Memorial, Vietnam Memorial Plaza, authentic World War II Company Street and Giant Screen Theater. For more information, visit www.nationalinfantrymuseum.org.