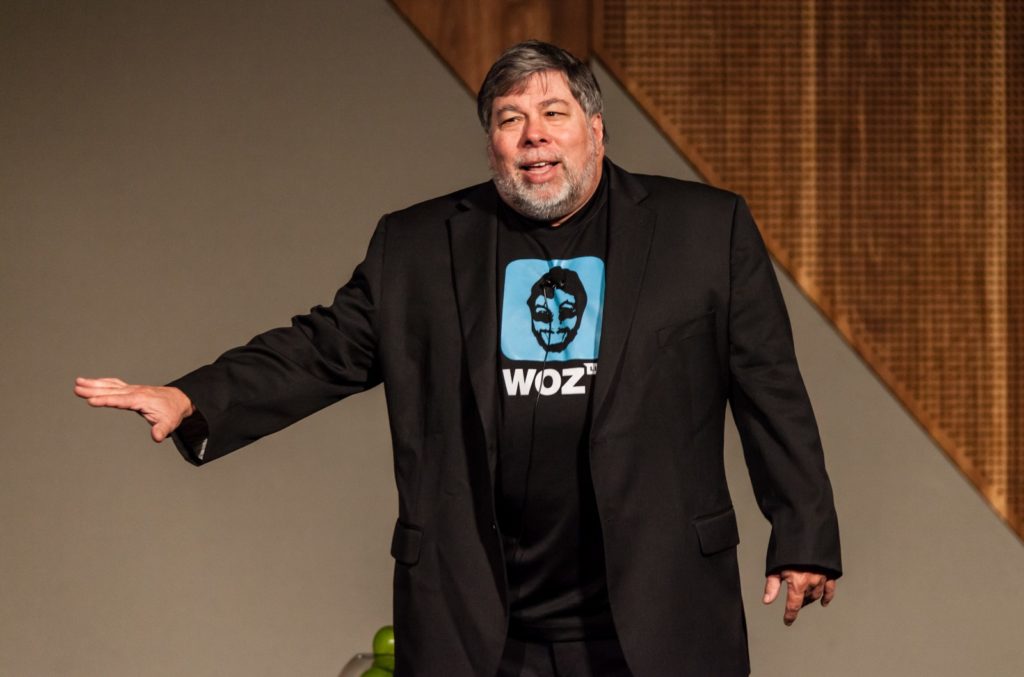 Charge up your iPhones, The Woz is coming to town.

Steve Wozniak, the co-founder of Apple Computers, headlines the impressive lineup of speakers at the 13th annual Jim Blanchard Leadership Forum, which begins Aug 27th at the Columbus Iron Works and Trade Center.

Hosted by the Leadership Institute at Columbus State University, the forum will bring a lineup of the best and brightest minds in the world to Columbus. This year’s event, themed “Art of Leadership” features leaders in various sectors, including business, education, technology, art, music, film and military.

The two-day event begins at 1 p.m., Monday, Aug. 27 and runs through Tuesday, Aug. 28. Monday afternoon opens with Futurist and Innovator Erwin McManus and the evening portion of the program features the keynote address by Wozniak, a contestant on the 2009 season of ABC-TV’s “Dancing With the Stars.”

For the fifth year, students currently enrolled with a valid CSU ID can watch the forum, including Monday night’s keynote address with Wozniak, live via simulcast from the University Hall Auditorium.

“Each of our speakers this year has a unique style, a different background and a record of effectiveness in his or her industry,” said Ed Helton, assistant vice president of Leadership Development at Columbus State University. “We are excited to see the concept of leadership as art personified at this year’s event.”

The complete lineup of speakers includes:

About the Jim Blanchard Leadership Forum: Founded in 2005, The Jim Blanchard Leadership Forum is hosted by the Leadership Institute at Columbus State University. It is the premier leadership event in the region and offers an intimate setting with some of the world’s foremost leaders. Held annually during the last Monday and Tuesday in August, the event draws more than 1,200 attendees. The forum is named in honor of Jim Blanchard, retired chairman and chief executive officer of Synovus Financial Corp., which is headquartered in Columbus. For more information, visit www.jblf.org.