COLUMN: On the edge of history, I shopped for a pistol

My memories of the day that Dr. Martin Luther King Jr. died aren’t at all poetic, but for a 23-year-old white guy who grew up on the same side of Atlanta as the civil rights icon they tell a story that speaks to who we were and where our hearts were 50 years ago today.

Anyone in reading distance of an Atlanta newspaper had to know Dr. King had been assasinated that April 4th. It was not only the biggest story in town, it was the only story in town. At my house no tears were shed. He was despised. It hadn’t been that long since at dinnertime one evening I casually mentioned what a great speaker he was and how impressive he was that morning when he spoke to students at Georgia State University.

It was a mistake I should never have made. My mother and father were appalled that King was there and mortally shocked that I went to hear him. I made one blunder but I didn’t make two. I shut my mouth and hoped somebody would change the subject.

My family and many others like them were convinced black people were about to finish what Sherman started. They figured Atlanta would be burning by nightfall. We lived near West End, not far from where King went to college and where he lived so we had to be prepared.

A brace of mules pulling a beat-up farm wagon carried the body of Martin Luther King Jr. through the streets of Atlanta. (AP)

Over the next few days we learned that his funeral procession would leave downtown, make a stop at Morehouse College then proceed down Stewart Avenue on its way to what we thought would be his final resting place. (It would be awhile before his remains were moved.)

I worked for the athletic department at Georgia Tech so twice a day I passed Atlanta University and other landmarks in the civil rights struggle. My mother demanded that I change my route. She was frightened of things I couldn’t see then and can’t see now.

By the time home, plans were being made. An older cousin of mine owned a comfortable waterfront home at Lake Lanier. It even had a bomb shelter. Don’t ask me why, but it did. This was the plan. My cousin Charles was already up there and was busily stocking the cupboard and the freezer.

When trouble came — and none of them doubted that it would — everybody was supposed to head straight for Lake Lanier where there would be plenty of food and plenty of beds.

And it seems that I had a special assignment. After dinner I was supposed to go shopping for a handgun. My father had a shotgun that I had never seen him load or fire. My mother was convinced that once King’s body was brought home from Memphis we had to be packed and armed for our escape to Lake Lanier. 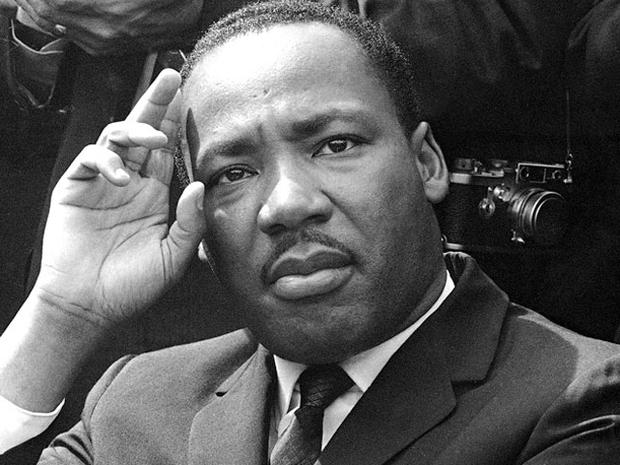 I was given a J.C. Penney credit card and I headed to Greenbriar Shopping Center, one of Atlanta’s newer malls. In those days, Penney’s had a sporting good department that sold handguns, rifles and ammunition.

I don’t know why I was the designated shopper for I knew nothing about buying a pistol. Still don’t. The salesman helped me the best he could and I left the store locked and loaded.

At home, I handed the pistol over to my folks and I don’t remember ever seeing it again.

No one set fire to Atlanta that week. Life was tense but peaceful. Our cars were packed and waiting and we mapped out which roads to take to get out of town. But the cars never left our driveway. And our brand new gun was never fired.

What did make me edgy was when I realized that the funeral procession would be coming down Stewart Avenue, which was in spitting distance of where we lived. The cortege would turn left at University Avenue long before it it got to our neighborhood though.

But it would pass near Adair Park, and facing Stewart Avenue near the park was a strip of Mom-and-Pop stores, including KKK Electricians. That place fascinated me. If a person was going to name their business KKK, he had to own a tailored white robe.

And King’s body was going to creep by that place. 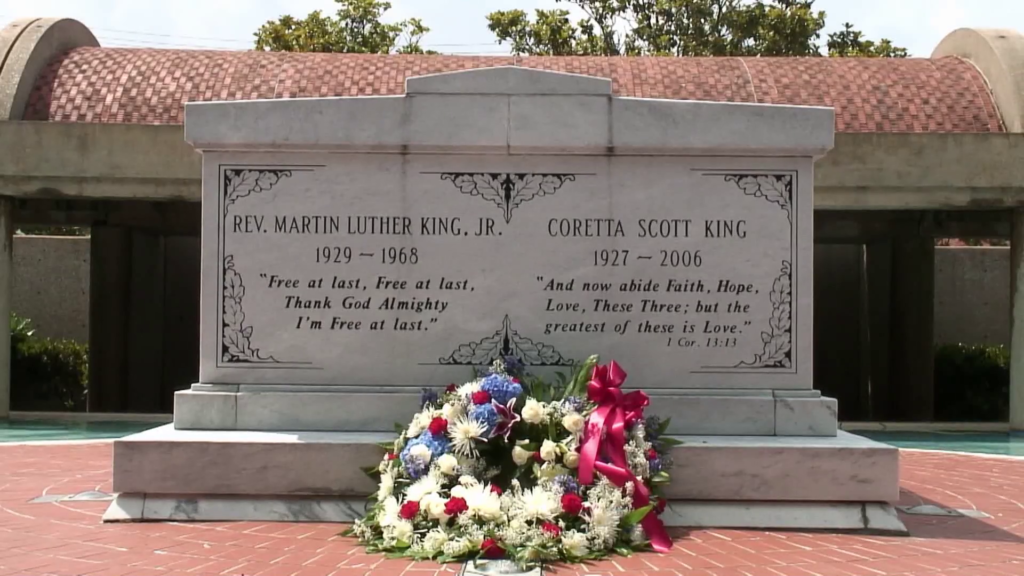 Dr. Martin Luther King Jr. was originally laid to rest in a simple cemetery near Lakewood Heights in 1968 but his remains were later relocated to this stately memorial site on the grounds of the King Center near Grant Park in Southeast Atlanta.

I might have been speeding to Lake Lanier if I knew then what I know now. Among the residents of historic Adair Park was Mr. and Mrs. Calvin Craig. He was the Grand Dragon of the Ku Klux Klan, and he lived only a couple of blocks off Stewart Avenue. I’m confident that the Atlanta Police and the FBI knew where Craig lived, but I’m glad I didn’t know which house it was in 1968.

Friends of mine who were already active in print journalism were in the trenches that week reporting important stories and events that still live on the pages of the Atlanta newspapers. I was just a reader in 1968, a year or so away from a job at the Atlanta Constitution.

I was wrapped tightly in another Atlanta, one that feared change and hated the people pushing for those changes. The only black people we knew cleaned houses and cut grass. I remember clearly the Bama Jelly jar and cracked dish that my mother put aside for Tyree, the black man who frequently helped my father do heavy lifting. I also remember asking why I couldn’t ride in the backseat with Kathleen, a black woman who kept house for the family next door that we sometimes took home.

That was the Atlanta I knew, and it probably was pretty close to the Atlanta that Martin Luther King Jr. knew. It would be a powerful story if I could write that the city changed that day and that I was forever changed by what I experienced.

But by being on the edge of history, I learned. I figured out that on many important issues my views were vastly different from my family’s — and that that was okay. I wondered how they could follow the same dots that I was following and come out on opposite sides of the page. I never understood why we planned our getaway to Lake Lanier. What did my mother and father think they knew? Why were they so afraid?

And why did I have to go buy that damn gun?

COLUMN: Classroom teachers can behave like bullies
Culinary Arts students from Columbus Tech on a food tour of Germany
Posting....