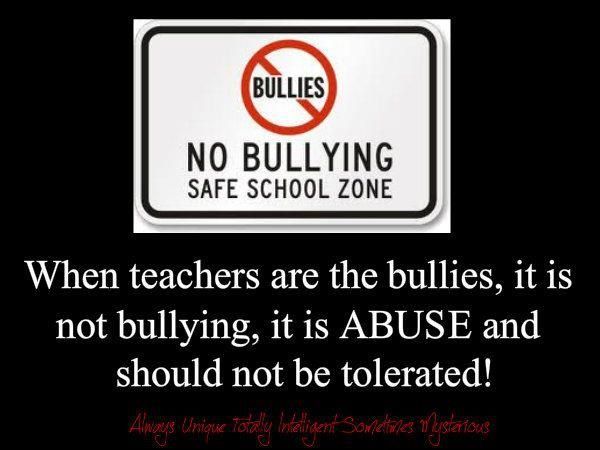 Recently, I reconnected with an old friend from college with whom I had lost track for years who located me on a typical Facebook search. He and his wife have three grandchildren. After reading my column about the eruption and subsequent dialogue over young Keaton Smith, my friend was concerned about what was happening with one of his grandsons.

Without exploring every detail, the child is experiencing emotional struggles from what my friend described as bullying in the classroom. Only in this case, he said the bullying was coming from a teacher. We communicated further about what was said and done. “That may seem like bullying because of the discussion we are having on the subject in public today. However, this sounds like outright humiliation,” I wrote in return.

Let me preface what I’m about to say by underscoring that  I have enormous respect for teachers — especially in today’s educational climate. Teaching has to be a calling because the challenges at every cycle of the education wheel are enormous. Further, in every profession a minority of practitioners are those who should never have been allowed in the field.

The huge majority are in it for the right reasons and do their dead level best in a system that at times is broken. However, those who violate the principles of sensitivity and professionalism can leave scars that are difficult to heal.

My friend’s story about his grandson reminded me of a personal experience 51 years ago. I will not reveal the name of the teacher because he likely is no longer with us. To do so would not make any difference in the lesson from this story.

In my junior high school years in Waycross Ga., boys were required to take one nine-week course in industrial arts. The class was scheduled during the winter as a respite from physical education.

I truly wanted to learn at least a rudimentary level of woodworking skills. However, early on in life, my gifts and talents surfaced on the creative side of life. Writing, emceeing, singing, communicating and, eventually, newscasting and sportscasting were my strengths. That did not minimize my desire to craft an item and realize the satisfaction of making it.

I entered this class with all the enthusiasm of a runner going after an Olympic medal. I sincerely wanted to learn. I soon discovered that with this specific teacher, that was not likely to happen.

I received a “C” on the first project — a meat cutting board. To this day, I have no idea why I received a “C” and other students received a “B” or “A.” The teacher never answered any questions, nor did he explain what you did wrong. He just moved on to the next project.

When we reached the pinnacle project, a tie rack that was relatively complex for a beginner, the light bulb finally went off inside. This teacher was not instructing as if one’s odometer was at zero in this facet of life. His philosophy and standard of teaching was that one’s father should have already taught the basics of building skills to his sons.

Halfway through the tie rack project, I had a simple question about how to attach an item. His response (this time just to me personally): “Surely your dad has already shown you how to do things like this.” I saw then and there that no help was coming from him.

On the fateful day we were to turn in our tie racks for grading, I dreaded it. I knew mine was not good. I realized that, at best, I would receive a “C” but I would celebrate that because I did the best I could.

What I did not expect was what this teacher did as he was looking through the projects, one by one. When he reached mine, he held it up in front of the entire class and proclaimed, “Now lads, this is an example of how NOT to do this kind of project.” He then turned to me and said, “Next time, I’m going to get a lil ol’ girl to come in here and show you how to do this.”

Of course, the entire class of boys laughed, except for two or three of my closest friends. At the awkward age of an eighth grader, humiliation in front of your peers is tough enough. To raise the bar, building skills were a symbol of one’s transition to manhood in the day. I don’t know that I ever felt lower in the midst of males my own age than I did that day.

I never told my parents about that day until I was an adult on my own in television news, something I knew I could master. I could not bring myself to do it. However, the sting of that man’s words of humiliation — delivered with a smirk on his face — took a long time to fizzle. As you can tell, the memory is still unpleasant.

That man was not a teacher. He was an evaluator, at best, and one of the worst examples of a motivator.

When I told the news director who taught me more about journalistic skills than anyone I worked under that I was going into college teaching 25 years ago, he had a word of encouragement and a piece of advice. “I predict you will be very successful,” he said. “I just want you to remember one thing. These young students, for all intents and purposes, will have an odometer of zero. Yours is at about 275,000 miles and you probably should have had two or three trade-ins. You can’t expect your students to perform at your level. You have nearly 20 years of experience. They need a teacher who can be patient with their mistakes and encourage them.”

When I heard those words, my mind flashed back to that eighth grade industrial arts class. No one had given my mentor’s advice to that teacher. That man, who made rifles and furniture, expected his students to be at his level. If not, they were — as he often said in the classroom — “sissy.”

As I told my old college friend, words can do much to encourage, uplift and motivate young people to be even better than they think they can. Words can often carve up a heart the same as a surgeon’s knife. When those negative words happen in the classroom, they can leave lifelong scars.

I lost my heart for anything closely resembling industrial arts 51 years ago. I still have a huge amount of respect and admiration who have that kind of talent. My ancestors were masters at their crafts. I just did not receive those gifts.

Hopefully what gifts I have been given have been useful for others at some point in life. The older I get, the more I understand and am sensitive to how words should be medicine and Vitamin B-12 shots for the soul.

I became a teacher, too. I didn’t learn how to do things from that eighth grade industrial arts teacher. I definitely learned how NOT to do many things — most of all, never to disrespect or dismiss the hearts and souls of my students.

COLUMN: Five venues … five bands … four hours
COLUMN: On the edge of history, I shopped for a pistol
Posting....