Plan for I-75 traffic pacing next week at Exit 22 in Lowndes Co. 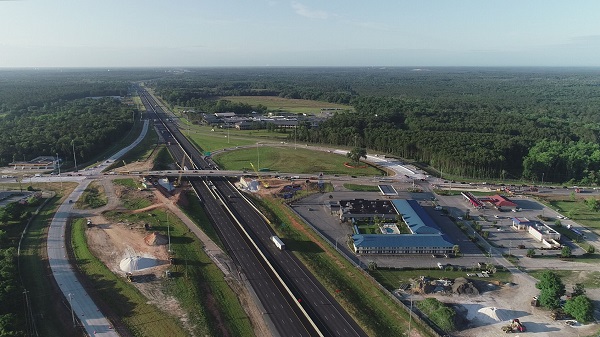 Northbound traffic is scheduled to be paced Monday, June 24 and southbound is scheduled Wednesday, June 26. The start time is 10 p.m. each night and it may take several hours to complete. This is at the U.S. 41/SR 7/North Valdosta Road interchange.

Pacing means law enforcement will temporarily hold traffic while each beam is set. The beams are slightly longer than 117 feet and will be hauled to the site on large trucks that stage on the shoulder. Cranes lift the beam from the truck and set it in the designated spot. Once the beam is in place traffic will be released until the next beam is picked up. The contractor will set seven beams over northbound lanes and seven over southbound lanes. Drivers should expect delays and are asked to be patient moving through the work zone and to remain alert for personnel and heavy equipment in the area.

Once the beams are set the bridge contractor can begin building the deck, the driving surface, and the barrier wall. Two of the new overpass lanes opened in March. Construction was staged this way to avoid closing the interchange.

Reames and Son Construction Co. Inc. is also reconstructing Exit 29 in Hahira to improve traffic flow and capacity and improve visibility for drivers exiting the ramps. The overpasses were built in 1960 and the design is outdated for current and projected traffic. Bridges will be widened to four lanes with turn lanes, paved shoulders and concrete medians. The bridge contractor is Southern Concrete Construction Co. Inc.

The interchanges are expected to be complete next year. The construction cost is $49 million.