Though negative publicity and unanswered questions have plagued the Fordham for Sheriff campaign over the last 10 days, Mike Fordham was jovial and relaxed in a recent video podcast where he discussed his politics but refused to answer questions pertaining to the allegations of aggravated sexual assault and domestic violence. Instead, he boasted about how his friend and former co-worker was on the Council that reinstated his certification. 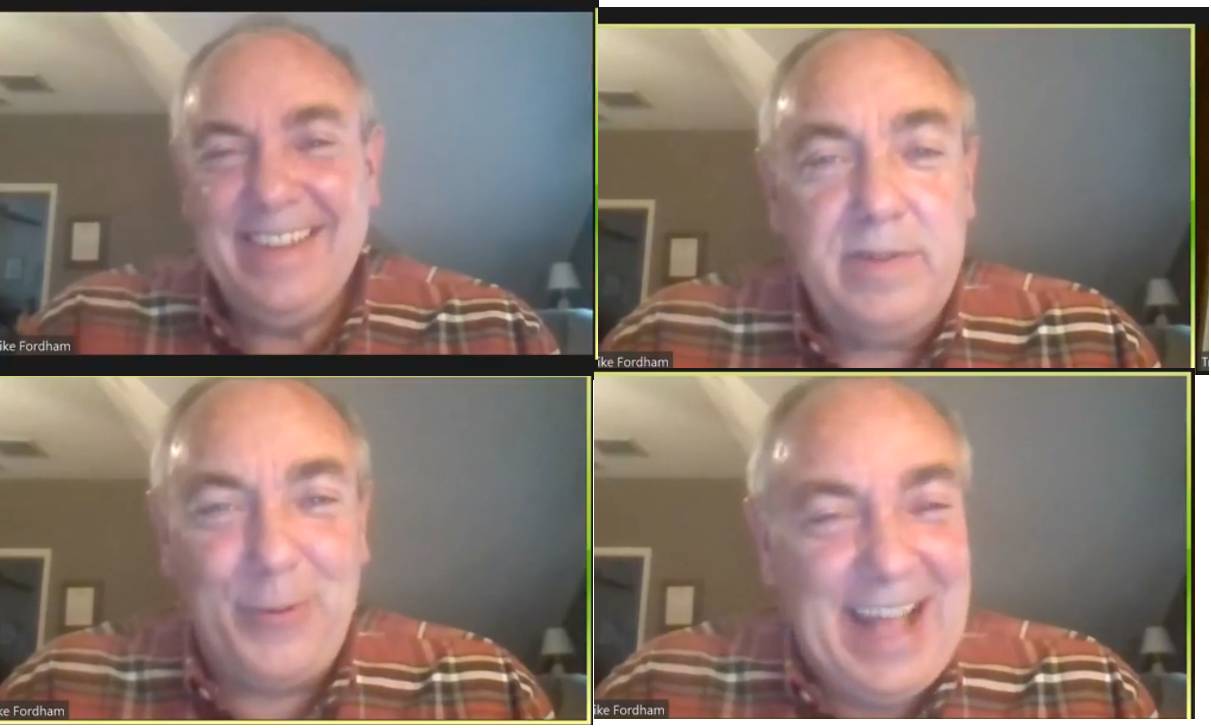 Though negative publicity and unanswered questions have plagued the Fordham for Sheriff campaign over the last 10 days, Mike Fordham was jovial and relaxed in a recent video podcast where he discussed his politics and refused to answer questions pertaining to the allegations.

On May 18th, Fordham was the subject of an AllOnGeorgia expose which detailed a compilation of hundreds of pages of documents show a pattern of substantiated claims of abusive behavior by Fordham, to include calls from the Fordham residence for domestic disputes, investigative findings of ‘terrorizing behavior’ documented by a Colonel at a U.S. Embassy overseas, multiple findings of aggravated sexual assault discovered during a military police investigation, and a punitive reprimand under Article 15 by a Major General in the U.S. Army.

One week after the publication, Fordham released a statement calling the allegations and questions ‘slanderous,’ while claiming the substantiating documents were ‘inappropriately released.’ Citizens in Bryan County submitted questions ahead of the podcast to Trinity Ingram, host of Truth, Integrity, Justice, and commented live in hopes of having Fordham address their concerns, but Fordham spent the majority of the 71 minute interview bloviating about his professional experiences over the last 40 years.

Ingram pressed Fordham on a number of county-specific matters, including sexual abuse investigations, conviction rates, and technology needs – but when Ingram brought up the allegations, Fordham beamed.

“People want you to talk about these allegations and the Article 15 and the charges that were preferred. That is important to them…”

Fordham laughed jovially as Ingram explained that the questions were difficult ones to ask.

“I made a public statement about that…I categorically deny those allegations,” Fordham told Ingram, referencing the U.S. Military Police investigation which found that the allegations of physical abuse and and aggravated sexual assault were ‘founded.’

Fordham told Ingram that the allegations when his divorce was filed, but court records and Army documents fervently refute such a claim. The first claims were made by a third party in 2012, followed by more than a year of sworn statements by his then wife before the divorce process was initiated in January 2014. The documents on file with the Bryan County Clerk of Court are below. 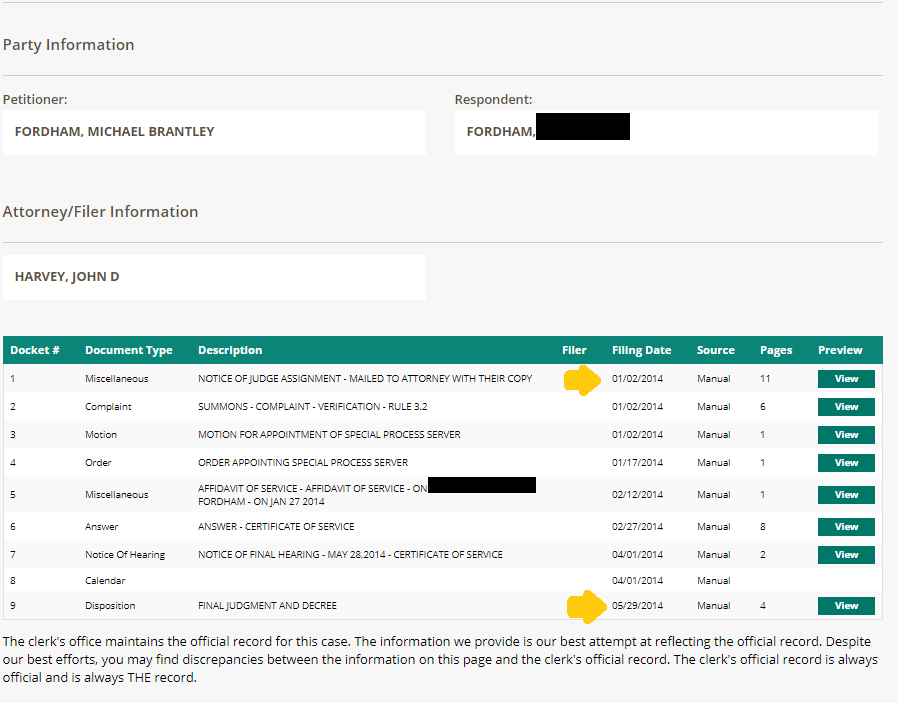 Fordham said despite being retired, he is still a commissioned officer in the United States Army. “But I’m not gonna comment on the litigation, that happened, the charges were ultimately dismissed, uh, and then I moved forward,” he said before touting that he was made Colonel during the ongoing investigation into the allegations.

“I’m simply not going to relitigate what has been religitated, decisions made by other commanders in the United States Army, uh…out of context and there are other things that the public may or may not have, and under Georgia Open Records Act may or may not should have had. But that’s neither here nor there. I’m a Christian, I’m a member of Richmond Hill United Methodist Church.”

“It would be inappropriate and unprofessional to comment on those proceedings,” Fordham concluded.

Ingram also asked about the suspension of his POST certification and the fact that he remains on probation through January 2021. Fordham would not address the question and only repeated that he can be a law enforcement officer, but did laugh at the political nature of the Georgia Peace Officer Standards & Training (POST) Council in reference to his certification being reinstated.

“Those guys that are up there working day to day, you know, they’re friends of mine. Mike Ayers, the Director of Georgia POST, he’s a former GBI agent. They’re doing layman’s work like everyone else in public service, with a limited budget, trying to get a handle on everything, all the 159 Sheriff’s office in the state, all the employees,…they’ve got a plate full and they’re doing layman’s work…I have nothing negative to say about POST because when I was a GBI training instructor, I was an adjunct member of the POST Council.”

You can watch the entire interview in the video below.
The questions begin just after the 46:00 mark.

EDIT: Good morning, there are 448 comments on this video. I have spent my entire morning attempting to figure out how to manage them, and it has been impossible. Everytime I try to load the comments on a mobile device (ie: tablet or phone), the app crashes, and my screen freezes on my laptop. I was able to delete some inappropriate comments last night, but it took a very long time to respond to any one comment and to delete the inappropriate ones (and sometimes the page froze or the app crashed). I am still not sure I have seen all the comments at this point. Short of deleting the video, I am not sure what else to do. For obvious reasons, I cannot do that.With that said, I do feel it is important for everyone to have ALL the information. You cannot force anyone to talk with you, and I will not lower myself in an attempt to force something upon someone who says no. While I realize people feel their questions were not addressed, I could not keep up with all the craziness in the comments and conduct an interview. As requested more than 10 days ago, please send questions in advance in the future. To ensure all the information is available to every voter so that an informed decision and/or impression can be made, I have included the links to the 3 articles written on the issues discussed during this interview and the comments I have been able to read. It is up to every individual to do their due diligence by watching the interviews, reading all the information and supporting documents, and arriving at your own conclusion. No one else can do that for you. Article 1: https://allongeorgia.com/local-government/docs-violent-abuse-allegations-reprimand-taint-admin-files-of-sheriffs-candidate/Article 2: https://allongeorgia.com/local-government/sheriffs-candidate-says-reports-are-slanderous-docs-were-inappropriately-released/?fbclid=IwAR0Ov12Yj1cpwiJ7ciLLjilEOb3BG_NRVrR1ow2svH_18Fr86sBK_RZpbVUArticle 3: https://allongeorgia.com/local-government/sheriff-candidate-with-probationary-certification-lauded-about-pals-on-post-council/?fbclid=IwAR0rlCXJuIKaW3BC0b-4IHl2BgZQPWusz2WyJZpYkbUY17hmN96vGfwGcrc

Posted by Truth Integrity Justice on Wednesday, May 27, 2020