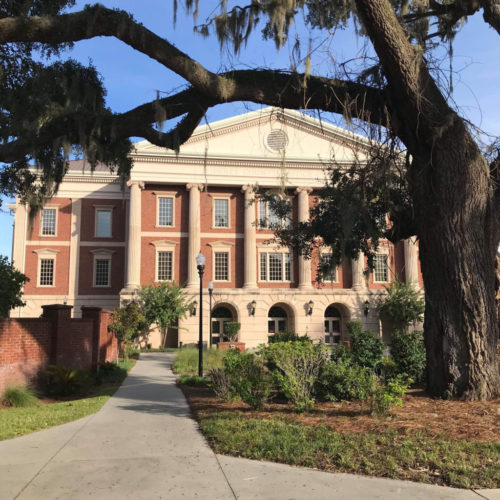 You can read Part 1 of this story here.

After two full days of testimony, a jury has settled a dispute in a six year legal battle between a landowner and the City of Hinesville.

The case of Nancy Parker O’Neal v. Hinesville was tried Wednesday and Thursday after six years of disputes and two failed mediations. O’Neal has contended since 2013 that the City’s dumping of water onto her property has eroded the access road and her property, has caused a loss of timber, damaged a fence, and polluted her land. O’Neal also contended that no easement was ever obtained by the City and any use by the City was trespassing.

The City, however, said that the land belonged to the city due to a prescription easement, in which it was acquired because no one had previously disputed it and the city had been maintaining it for several years. The City also contended that beavers have been permitted to construct dams on the O’Neal property for decades, which the City alleged created a nuisance due to the contributions to the expansion of the dams, the impact on the canal, the creation of wetlands, and the reversal of the waterflow. Hinesville said the threat of flooding to Hines Estates due to O’Neal is making matters worse.

At the end of the first day, attorneys for the City of Hinesville filed seven motions for directed verdicts, specifically asking for the judge to dismiss various components and charges of the case before the jury could contemplate the matters. The underlying argument made by the City was that O’Neal had repeatedly failed to offer enough evidence that the City created a nuisance and

Stewart ultimately denied five of the motions for directed verdicts, granting two — including an aspect of the general negligence claim and seeking of attorneys fees by the plaintiff. The case continued into Thursday at which point the City of Hinesville brought forth testimony from former city manager Billy Edwards and environmentalist Stuart Sligh, both of whom, testified that the City had every right to be on the property and to maintain the canal. Both also testified that the property was worse off since the City stopped maintaining the canal when the lawsuit was filed.

In closing, attorneys for O’Neal asked the jury to award $54,000 in damages and for the City to stop going beyond the easement of the canal onto O’Neal’s property while the City of Hinesville asked jurors to find that the lawsuit was frivolous and without merit. The City maintained throughout the duration of the trial that the canal and drainage was a public service for the community and an improvement to O’Neal’s property.

It took jurors less than 20 minutes to deliberate and find in favor of City of a Hinesville. Jurors unanimously found that the City of Hinesville had not encroached on the property of Nancy Parker O’Neal during the maintenance of a ditch/canal used to direct storm water and runoff from the Hines Estate neighborhood.

One juror told AllOnGeorgia after the verdict that she had her mind made up Monday because she felt that the ONeal should have had a wetlands expert come in and examine the land before the lawsuit was filed. She stated that she was unsure of the reasoning behind the lawsuit or why it took six years to sort out.