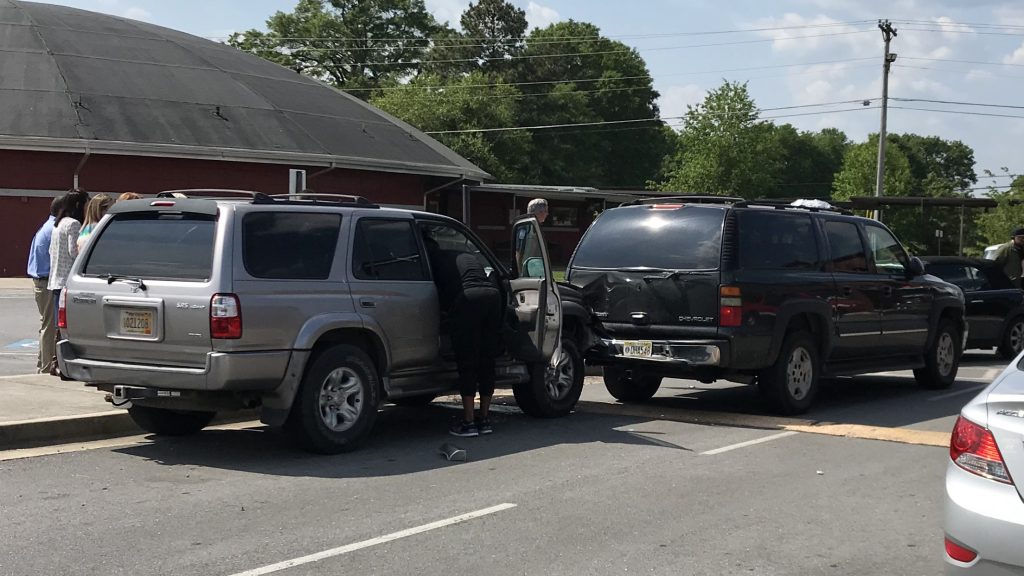 Just before 4:00 pm, an accident in front of Red Bud Elementary School left a few students surprised but none injured. A female driver had just picked up her grandson from Red Bud Middle School. As her vehicle moved through the elementary school area, according to her grandson, she began to exhibit signs of a medical emergency. She became unresponsive and lost control of her vehicle. The silver Toyota 4-Runner impacted the rear left bumper of a Chevy Tahoe before coming to a stop.

Neither driver seemed to be injured and local EMS, Fire Department and Gordon County Sheriffs deputies responded to the scene.

Boys & Girls Clubs are hiring for Summer
City of Calhoun accepting applications for Program Coordinator in the Recreation Department
Posting....