SE Georgia Recap: Pierce County the only team to survive round two

Bears advance in Class 3A, but other area teams bounced from state playoffs. 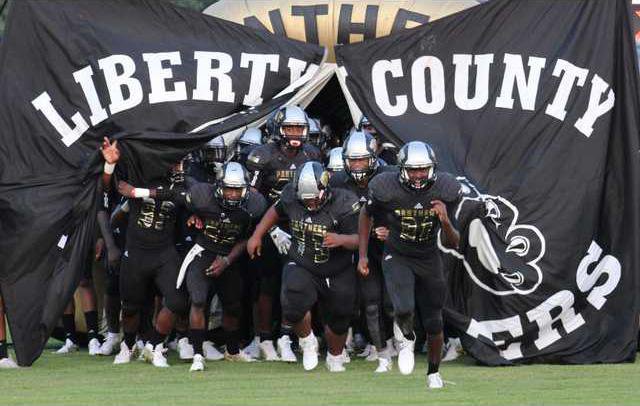 The second round of the Georgia High School Association playoffs is in the books, and several teams that call Southeast Georgia home were eliminated from the chase for the state titles on Friday night.

However, the Pierce County Bears remain in the hunt in Class 3A as they won big in their second-round game to earn a berth in the quarterfinal round next week.

Here is a look at the playoff games from Friday night involving teams in the AllOnGeorgia Southeast Georgia coverage area.

The Wildcats trailed 20-0 on their home field until scoring in the fourth quarter to avoid the shutout.

The lone score by Richmond Hill came on a 70-yard fumble return by Dedrick Butler.

The Trojans are now 9-3 and will play at Lanier next week. Coffee won on the road in the first round at Stephenson.

The Wildcats finish with a 5-6 record.

Bradwell was no match for the perennial power Eagles who blanked the Tigers on the scoreboard.

The win moves Northside, the third seed from Region 1, to 7-5 for the season. All of its losses were to playoff teams incuding powers Peach County, Warner Robins and Lee County.

Bradwell finished the year at 5-7 overall.

The Eagles will play Sequoyah, a 50-49 winner over Creekside on Friday, next week in the quarterfinals.

The Yellow Jackets saw their season come to an end with a loss to the Bearcats on their home field in Jesup.

The loss was the first of the season for the Jackets (11-1) who went unbeaten in the regular season before winning their first-round game last week 17-9 over Jonesboro.

Wayne was a No. 1 seed for the second year in a row after claiming a second consecutive Region 2 title.

Bainbridge is now 6-5 for the season. The Bearcats, who finished second behind Warner Robins in Region 1, defeated Jones County 40-13 last week.

The Jackets committed five turnovers against the Bearcats and had an interception returned for a touchdown.

Wayne led 12-6 at the halftime break, but Bainbridge reeled off 20 straight points to take command.

One of those scores came on a 75-yard run.

The Jackets got a 3-yard scoring run by Ashby Cribb – his second score of the game – to get the home team within 26-19 with six minutes to play.

The Wayne defense made a stop to get the ball back for the Jackets with three minutes left, but an interception ended the Jackets’ hopes of a comeback on the Bearcats.

The Demons were too strong for Ware as they advanced to the quarterfinals with a convincing win.

Warner Robins, ranked third in the state, is now 9-2 on the season and will face off with Clarke Central next week.

Ware finishes its season with an 8-4 record. The Gators were the No. 2 team out of Region 2.

The Demons led 14-0 at halftime and put away the game with two third-quarter touchdowns to take a 28-0 cushion into the final frame.

Ware turned the ball over on downs at the Warner Robins 6-yard line in the first half.

The Bears flexed their muscles yet again, cruising to a runaway win in Blackshear to make their way into the quarterfinal round.

The win lifted Pierce to 12-0 for the season. The shutout was the sixth of the season for the Bears.

Jackson, which finishes with a 7-5 record, gained just 157 yards for the night against the rugged Pierce defense.

The Red Devils did not pick up a first down until the 3:34 mark of the second quarter. They managed just six for the game.

Pierce finished with 480 yards as the Bears built up a 35-0 advantage in the opening half. The fourth quarter was played with a running clock per the GHSA mercy rule.

Dee Bethea had another huge game for Pierce as he finished with 235 yards combined rushing and receiving. He rushed 11 times for 174 yards and had two catches for 61 yards. He scored the opening touchdown on a 31-yard run.

Through the air, Jermaine Brewton was 10-of-14 for 155 yards and a score with two interceptions.

Cam Pierce also scored for the Bears and Greg Benfield kicked a 31-yard field goal in the second half.

Pierce will face off against Monroe Area, also unbeaten at 12-0, next week in the Elite 8. Monroe Area won 49-17 over Dawson County in its second-round game.

The Trojans proved to be too good for the Panthers who were looking to pull off an upset and get to the Elite 8 a third straight season.

Peach, though, is on a mission to claim a state title after losing to Calhoun on a controversial finish last year in the Class 3A finals.

Peach and Calhoun appear to be on a collison course for a semifinal meeting as Calhoun also won its second-round game on Friday.

Peach,ranked fourth in the state, is now 10-2 for the season and will play Westminster next week.

Liberty finished the year at 8-4 after finishing third behind Pierce and Appling County in Region 2.

Peach led the Panthers 33-0 at halftime and tacked on 14 more points in the third quarter.

Liberty’s only score came on its first series of the third quarter as standout running back Kris Coleman ran for the touchdown. Dionte Bowens, the quarterback, ran for the two-point conversion.

The Trojans scored on a punt return and an interception return in the first half as they raced out to the big lead.

The second meeting this season between the region rivals produced the same result as the first.

When the teams met in the regular season, the Panthers defeated the Indians 40-14 in Folkston.

Friday’s second-round contest in the public-school playoffs was played in Homerville.

Clinch finished the regular season ranked second in Class A while Charlton was sixth.

The Panthers, now 10-1, will play Mt. Zion next week the quarterfinal round.

Charlton finishes it season with an 8-4 record.