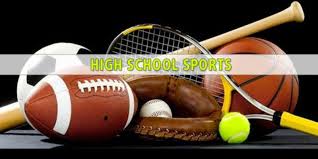 It was both a busy and big week for high school sports in Glynn County.

Also, both Glynn tennis teams won their matches in the first round of their state tournaments while several Frederica tennis players also recorded high finishes in their individual and doubles state tourneys.

The complete rundown is below:

The Terrors lost the first meeting with the Wildcats this season in Richmond Hill.

Glynn went up 3-1 in the second half and got a huge save on a penalty kick from goalkeeper John Henry Butler late in the match to preserve the two-goal lead.

The Terrors also won 3-1 over Camden County on Wednesday and defeated Lowndes 2-0 on Friday to close out the regular season with a 14-2-2 record.

Glynn will host Northside next Wednesday in the first round of the state tournament. Match time is 7 p.m.

Glynn Academy girls: The Lady Terrors also clinched the region championship Tuesday with a 3-0 victory over Richmond Hill at home.

The team finished out the week with two more shutout-wins, knocking off Camden 3-0 and Lowndes 10-0.

Senior Bliss Hutchings now has 12 shutouts in goal for Glynn.

The Lady Terrors finished the regular season with a perfect 17-0 record. They also will host Northside next Wednesday for a 5 p.m. match in the opening round of the state tournament.

The Knights blanked Hilton Head Prep by 4-0 Tuesday on the road with four goals in the second half. Eli Fritchman scored three of the team’s goals.

Also on Friday, the Knights knocked off Trinity Christian 2-0 to win the GISA Region 2-AAA title.

The girls then defeated Trinity Christian 1-0 in a nip-and-tuck contest on Friday. Belle Slapikas scored the game’s only goal for Frederica on a free kick late in the first half.

The Lady Knights are now 5-3-1 overall and 5-2 in region action. They will have the chance to claim the region crown with a win over First Presbyterian in the final regular-season match on April 30.

Frederica: The Knights wrapped up the region championship Tuesday with a 12-2 home win over Bulloch Academy.

Nic Dixon ended the game with a walk-off grand slam for the Knights in the bottom of the fifth.

Frederica banged out 13 hits in the contest with Deke Jernigan and Chandler Kicklighter having three hits apiece.

Trey Thompson was the winning pitcher. He retired the final nine batters he faced.

Brunswick High: The Pirates had a chance to claim the region championship with a sweep over Effingham this week in its three-game league series to round out the regular season.

However, the Pirates dropped all three games to the Rebels and will now be the No. 3 seed from the league for the state tournament which opens next week.

Effingham secured the region championship Wednesday with its 6-3 win over the Pirates in Brunswick. The Rebels won the series opener 3-2 on Monday at home and topped the Pirates 5-4 at home on Friday to round out the series.

Brunswick will face Northside in a best-of-three series next week to open the state tournament.

The Pirates are 17-13 overall after finishing 6-6 in region games. They lost five in a row to finish the regular season.

Glynn: The Terrors concluded their regular-season slate with a sweep of Statesboro this week.

Glynn took the opening game of the three-game set 11-0 behind a no-hitter by ace pitcher Will Bowdoin who recorded eight strikeouts along the way.

The Terrors won Game 2 by 8-0 before edging the Blue Devils 3-2 in eight innings on Friday to finish off the sweep. Hill Hartman belted a triple for GA in the bottom of the eighth and would score the winning run on a wild pitch.

Bowdoin pitched in relief for the Terrors and struck out eight of the 10 batters he faced.

Frederica: The Knights ran away with another region title, shooting 306 in the league tournament this past Monday at Sapelo Hammock.

FA players Sarut Vongchaisit and Thomas Hogan both shot 74 in regulation before Vongchaisit made a birdie on the first hole of a playoff to claim low medalist honors.

The Knights will return to Sapelo Hammock on Monday for the state tournament. The team is trying to win its 11th state title in a row.

Vongchaisit will not play in the state tournament. He has to return to his native Thailand to take care of a personal matter.

Playing in severe winds, the Terrors posted a 313 to win by five shots over Camden and Pierce County which tied for second at 318. Pierce was awarded the runner-up trophy based on tiebreaker rules.

For the Terrors, Gray Johnston shot a 74 to win medalist honors. Freshman Carson Stroud carded a 76 to help Glynn to victory.

Frederica: The Frederica tennis teams got strong performances from several players in the GISA state tournaments.

For the FA boys, Alastair Campbell reached the state semifinals before falling in straight sets.

Glynn: The GA boys and girls both advanced to the second round of their respective state tourneys with 5-0 triumphs over Lee County in the opening round at home on Wednesday.

Both teams were No. 1 seeds after winning their respective region championships.

The GA boys won all of their matches in straight sets. The Lady Terrors dropped just four games on their way to an easy win.

Both Glynn teams will be at home again next week in round two.