Bears had never advanced beyond quarterfinal round in playoffs until Friday night. 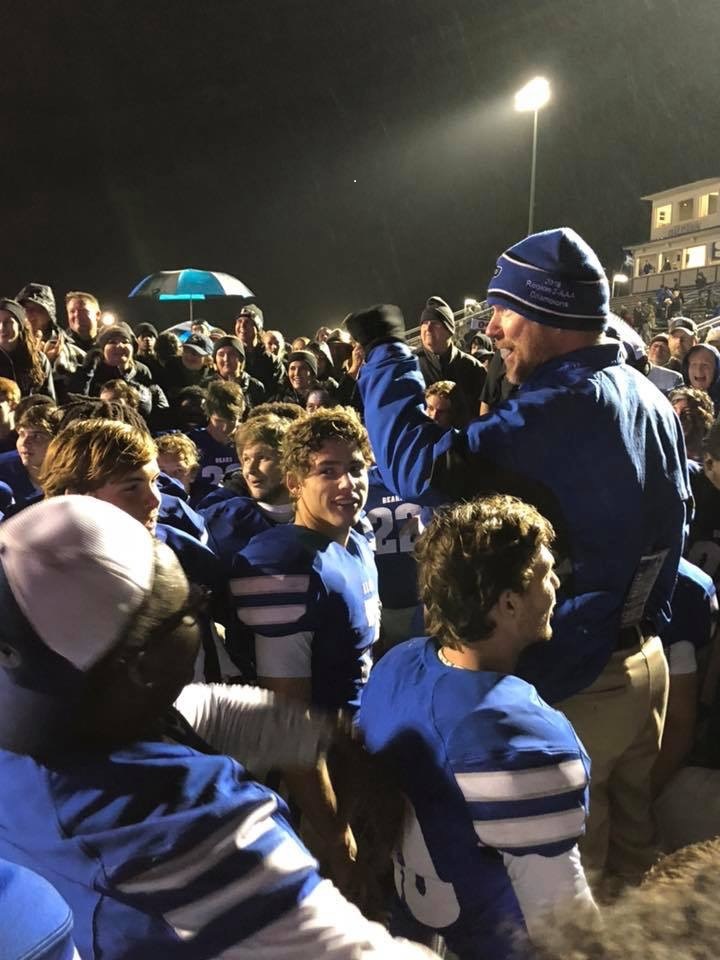 The best season in program history will continue for the Pierce County Bears football team.

The Bears are on their way to the state semifinals for the first time in their history following a 24-7 victory over Monroe Area Friday night in the Class 3A quarterfinals at Bearville Stadium in Blackshear.

The win moved the Bears to 13-0 for the season and they will now look toward next week and their Final Four matchup with Cedar Grove in Ellenwood.

The Saints (12-1) eased by Benedictine 55-0 Friday night in their quarterfinal game.

Going into Friday, the ninth-ranked Bears were 0-4 in previous quarterfinal games, but they played all of those games on the road.

Pierce was hosting a state quarterfinal for the first time on Friday when it faced off with the third-ranked Purple Hurricanes who were also 12-0 for the season.

The Bears led the whole way after scoring on their opening drive of the night, getting a 1-yard touchdown run by senior Dee Bethea to finish the scoring drive that consumed 4:05 of the game clock.

The Bears also scored to open the second half when Region 2 Player of the Year John Jones took a handoff and raced 69 yards to pay dirt.

They started to see themselves going to the semifinals when Jones scored again from a yard out to give the Bears a 21-0 cushion with 9:21 left in the game.

The Purple Hurricanes would get on the scoreboard with just over eight minutes to play when senior quarterback Chandler Byron scored from 3 yards out to make it a 21-7 game.

Pierce answered with a 23-yard field goal by Greg Benfield to go back up three scores at 24-7.

Monroe fumbled on its next possession. The Bears also would fumble deep in the visitors’ territory before getting the ball back on an interception that sealed the deal.

For the night, Monroe’s Byron finished with 160 yards rushing on 26 carries. He also threw for 120 yards.

Byron came into the Friday’s game having rushed for 2,615 yards for the season which was a single-season record for a quarterback in state history.

Last week in the Purple Hurricanes’ win over Dawson County, he ran for 244 yards and three touchdowns.

Jones was again a workhorse for the Bears as he had 27 carries for 184 yards and the two scores.

Parker Peagler finished with seven receptions for 62 yards. Johnny Waters had a 65-yard grab that set up the short scoring run by Jones.

Monroe came into the game averaging just over 43 points a game, but managed only the one fourth-quarter touchdown against the Bears.

Linebackers Austin Jernigan and Hagen Liles played well for the Bears as did safety Quavien Bell who had been out since the third game of the season with a broken arm.

The other Class 3A semifinal matches Peach County against Calhoun. Those two played for the state title last season with Calhoun winning a game marred by a controversial finish.

The two semifinal winners will play for this year’s state title in two weeks.

Column: I’m curious about who wins, but not sure I really want to watch Tiger vs. Phil
Frederica to play for GISA state football championship
Posting....