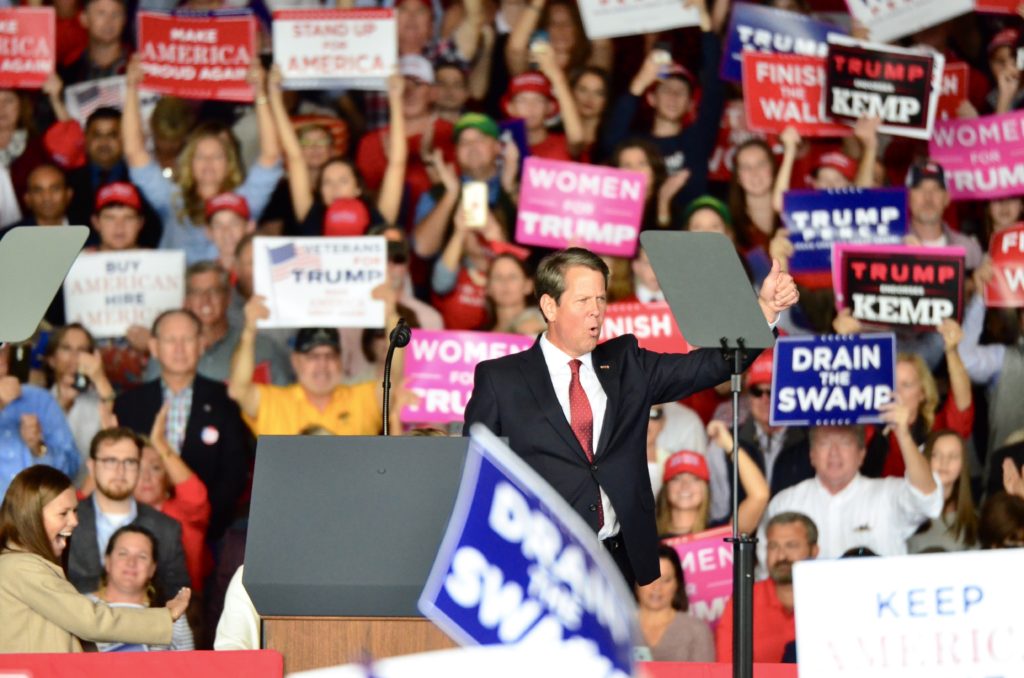 The Kemp for Governor campaign says that 65 counties in the state have yet to certify their ballots but Republican Brian Kemp still has a +58,875 over Democrat Stacey Abrams.

The campaign said that the 58,875 number is as of 6:00 A.M. on Monday morning. Counties have until Tuesday, November 13th to certify provisional and absentee ballots.

Abrams and the Democratic Party of Georgia have already filed two lawsuits as of Sunday to halt the certification of the ballots, the most recent challenging the alleged “arbitrary, unlawful rejection of thousands of absentee ballots and seeking relief for voters whose votes were wrongfully rejected despite good faith efforts on the part of the voters to properly cast their ballots.”

The Kemp campaign said there’s a maximum of 13,360 ballots left to be counted.

“On Saturday, military, overseas, and provisional ballots were reported throughout Georgia. The counts are in line with publicly available tracking reports. This is not breaking news and does not change the math. Stacey Abrams lost and her concession is long overdue,” Mahoney said. “It’s incredibly shameful that liberal lawyers are doubling down on lawsuits desperately trying to create more votes for Stacey Abrams. They don’t want to win this election. They are trying to steal it.”

The numbers according to the press release:

Original Provisional Ballots in those 124 Counties: 9,225

Maximum Number of eligible provisional ballots outstanding in those 35 counties – 10,219

*Military ballots must have been received by 5PM on Friday, November 9. They are included in certified count from their respective county.

If all 13,360 possible votes were verified and accepted and were cast for Stacey Abrams these would be the final results:

More on the Abrams lawsuit here: