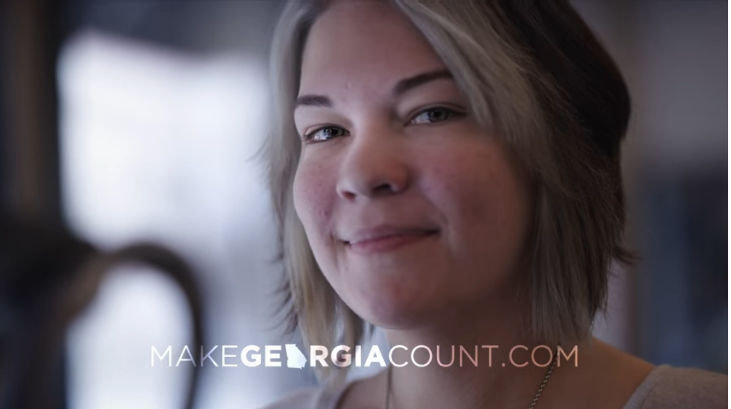 The Democratic Party of Georgia has released a new digital ad, a unique effort not seen before in Georgia. The ad follows the November 6th election that has yet to be certified.

Legally, candidates cannot release television ads unless an election has been declared and because a runoff has not been called by the Secretary of State’s office, campaign ads are not permitted to air at this time. The Georgia Republican Party blasted Abrams and television networks in Georgia last week for allegedly violating the law and airing campaign-related ads.

But the ad released by the Democrats Tuesday takes a different angle and urges Georgians to make sure their votes were actually counted by sharing stories via a website – makeGeorgiacount.com, by calling a hotline (1-888-730-5816) or by emailing voterprotection@staceyabrams.com.

The ad, paid for by the Democratic Party of Georgia and approved by Stacey Abrams for Governor, focuses on “the voices of Georgians” and says too many were silenced in the recent election.

In a press release issued with the video ad, the DPG said,

“Today, the Democratic Party of Georgia released a new ad calling for every vote to be counted, and asking Georgians who struggled to cast their ballot to share their stories. Since Election Day, the party has heard from thousands of Georgia voters who were either not able to cast their vote or had trouble casting their vote. Georgia Democrats are fighting to make sure that that every voice is heard and every vote is counted.”

Narrator: Behind every vote is a voice. The voices of our family members, friends, our communities. The voices of Georgia. This election, was your voice heard? Too many were silenced.

Reporter: The Abrams campaign continues to push for all of the state’s ballots to be counted.

Reporter: Elections officials are still counting votes, provisional ballots yet to be counted

Narrator: For every voice to be heard, every vote must be counted.  Share your story. Make Georgia count.

A number of lawsuits have been filed in Georgia related to the election, all seeking to halt the certification of the election at the county and state levels.