Two legislators in the United States Senate have offered legislation that would cap the speed for 18-wheeler trucks in an attempt to save lives. 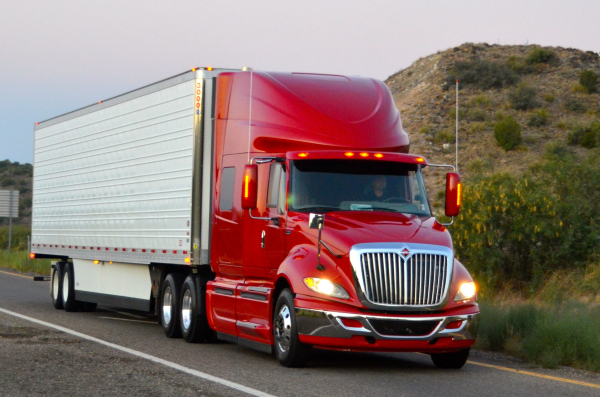 Two legislators in the United States Senate have offered legislation that would cap the speed for 18-wheeler trucks in an attempt to save lives.

Republican Johnny Isakson of Georgia and Democrat Chris Coons of Delaware introduced the bill that would limit the speed of tractor trailers to 65mph on Thursday. The Cullum Owings Large Truck Safe Operating Speed Act of 2019, S.2033, would apply to commercial trucks with a gross weight of 26,001 pounds or more. Any new truck would be required to have software installed to limit the speed of the truck while old trucks would be required to be retrofitted with software in instances where the trucks have compatible software.

The legislation would also require that, within six months of enactment, the secretary of the U.S. Department of Transportation establish standards and rules to ensure that the speed-limiting technology on large trucks is accurate and that the trucks adhere to a maximum speed no faster than 65 mph.

In a press release, Isakson called the legislation “a lifesaving road safety measure” which would codify “a pending “speed limiter” rule that has languished in the federal bureaucratic process for 10 years.” Isakson’s office says “the department” has also found that the rule would decrease the estimated 1,115 fatal crashes a year involving vehicles with a weight of 26,000 pounds or more on roads with posted speed limits of 55 mph or more.

The bill is named after Cullum Owings who was killed in an accident with a tractor trailer while returning to school.

“The majority of trucks on our roads already have speed-limiting technology built in, and the rest of the technologically advanced world has already put them to use to ensure drivers follow safe speeds,” Isakson said in a press release. “This legislation would officially enforce a long-awaited speed limit of 65 mph on large trucks and reduce the number of preventable fatalities on our busy roadways.”

“Senator Isakson has long been a leader in advancing highway safety,” Coons echoed in the same news release. “I am pleased to introduce legislation with him that will help reduce accidents on our roadways by requiring the use of speed limiting technology in large trucks – a step that many companies have already taken to promote safety and fuel efficiency.”

The full text of the legislation can be found here.