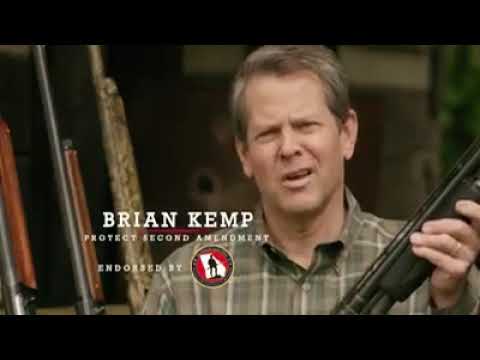 A group of students are trying to raise awareness about Republican candidate for Governor Brian Kemp’s stance on gun safety and they have penned an open letter to the public.

The letter, addressed to Kemp, points to Kemp’s “coziness” with the gun lobby and condemns “his opposition to common sense gun safety legislation.” The letter was sent by Royce Mann but did not disclose a group sending the press release collectively.

“It has been almost seven months since over 70,000 young people and our supporters gathered near the Capitol to take a stand against gun violence and to demand safety in our schools,” the letter begins. “We hoped you would hear our cries then, but you did not.”

The letter continues on:

“You were endorsed by the NRA, a special interest group that consistently promotes dangerous policies that put the lives of Georgians at risk. In fact, just this week, the NRA dumped millions of dollars into television ads to help your campaign. You continue to show your willingness to make backroom deals with the gun lobby while ignoring the pleas of those who are directly affected by these policies. You also continue to show a complete lack of empathy for those impacted by gun violence.”

The letter is a mix of high school and college Democrats as well as a handful anti-gun violence activists from around the state. The letter is signed by 25 people, including the Chairman of the High School Democrats of Georgia Patrick Chappel and Thomas Moore, Director of the College Democrats of Georgia. Mary-Pat Hector, founder of the Think Twice anti-gun violence campaign and current National Youth Director for the National action Network, has also signed the letter. Among the other youth who have added their names are organizers of the Atlanta March for Our Lives, students who led school walkouts against gun violence, and concerned future voters, according to a press release.

Kemp was endorsed by GeorgiaCarry in the primary election and then by the National Rifle Association in the General Election.

USDA: July Fourth Is for Fireworks, Not Foodborne Illness