The Georgia Secretary of State’s Office is calling on the ACLU of Georgia to provide the data to substantiate a lofty claim about the voter registration cancellation of almost 200,000 Georgians. 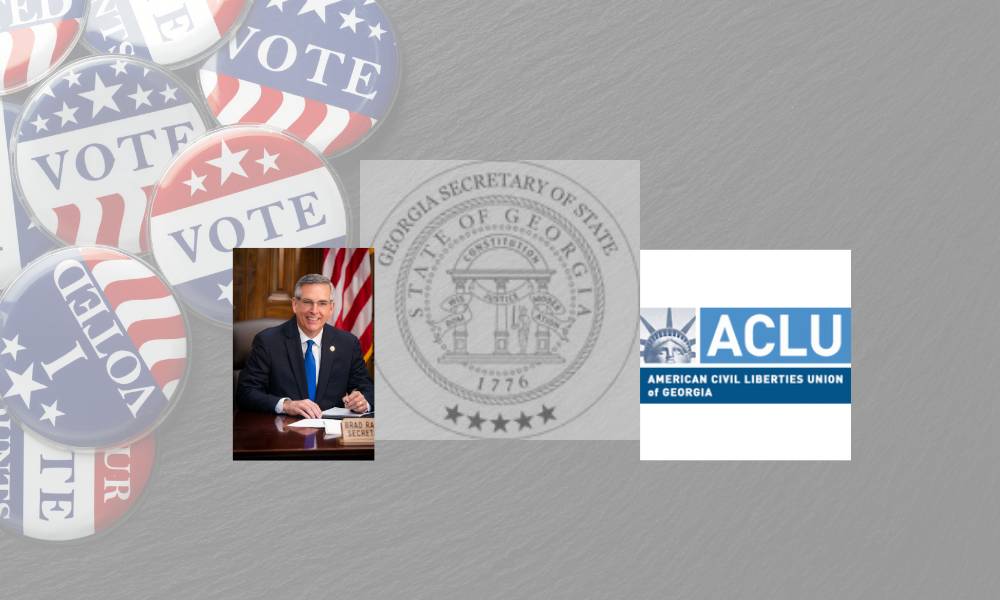 The Georgia Secretary of State’s Office issued a press release early Monday morning calling on the American Civil Liberties Union of Georgia to provide the data to substantiate a lofty claim about voter registration cancellation.

The demand follows a 2019 claim by the ACLU and a more recent published report in which the organization said the State of Georgia wrongly canceled the registrations of “198,351 Georgia voters who supposedly moved from their registration addresses who, in fact, have not moved at all.” The ACLU  hired the Palast Investigative Fund to assert that “63 percent error rate” among the 313,243 voter registrations that were canceled overall because the voter no longer lived at the listed address.

On September 1 of this year, the ACLU released the Palast Investigative report titled Georgia Voter Roll Purge Errors. On the organization’s website, the entity said “Unsurprisingly, the state’s removals will likely affect the most vulnerable: young voters, voters of lower income, and citizens of racial groups that have been denied their sacred right to vote in the past. Members of the Georgia General Assembly must rectify this egregious error.” The report does not include the data referenced by Raffensperger’s office.

The SOS Office said the ACLU of Georgia has ignored their own previous promises to turn over data to the state and refuted the ACLU’s claims of ‘breathtaking and heartbreaking’ removal of voters.

From the news release from the SOS office Monday:

“If these claims were anywhere near true, there would have been an uprising when our office took the unprecedented step of releasing the names of people who were subject to removal, but there wasn’t,” said Jordan Fuchs, the deputy secretary of state. “Secretary of State Brad Raffensperger is committed to protecting the rights of every eligible Georgia voter, so we’re simply asking that the ACLU turn over its evidence for our office to investigate or retract the report. At this point, Georgians have heard repeated reports of leprechauns and unicorns, but no one can show them photos. There’s a reason for that.”

The Palast study says it used a vendor licensed by the U.S. Postal Service to check voters’ registered addresses against the Postal Services records to arrive at these numbers.

“The Secretary of State’s Office uses a licensed, respected vendor for the same purpose,” Fuchs said. “There are numerous safeguards in place to ensure that no one is wrongly removed. Anyone who bothered to check those 198,000 addresses would give up because they’d find the people they’re searching for no longer live there.”

Voters are contacted numerous times at their address of record before their registrations are canceled. People who move within their county and those who change their address on their driver’s licenses are automatically updated in our system. To stay active, all they have to do is return the postcard, contact an elections official or go vote. No one who has voted since 2015 was removed from the list in 2019, and anyone can check their registration at the Georgia My Voter page to check their status or re-register.

“Groups on the left have continuously spread disinformation about Georgia’s election procedures in order to motivate their bases and solicit money off the outrage they spur,” Fuchs said. “But they also undermine faith in our democratic process and divide Georgians, and to that under false pretenses is shameful. I expected better from the ACLU.”