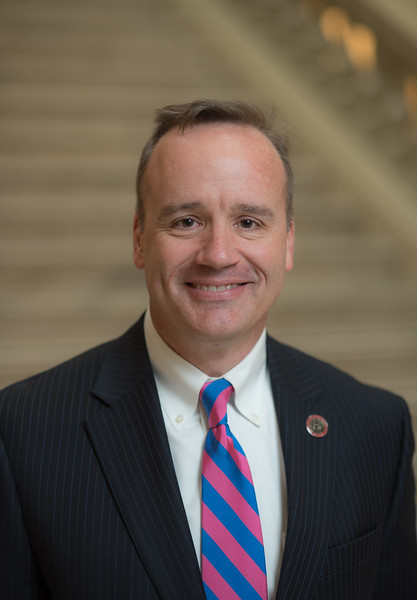 “Chris Harvey has been a pillar of the Elections Division since day one, and has been there in the trenches as we defended the integrity of our elections, first from baseless accusations of voter suppression, then baseless accusations of voter fraud,” said Raffensperger. “Harvey helped Georgia get a new elections system with a paper-ballot backup for the first time in nearly 20 years, was key to helping the counties successfully transition into COVID-19 era election administration, and ushered in 2 minute election lines statewide on Election Day. His hard work and dedication to this office and the people of Georgia will be missed.”

“When I reflect on the many years I have spent fighting for the integrity of Georgia’s elections, I am most proud of the successful elections we executed in November 2018 and 2020,” said Harvey. “I want to thank Secretary Raffensperger and my wonderful colleagues on the state and county level for always fighting for truth, justice, and integrity in Georgia’s elections. Thanks to the hard work of the Secretary of State’s office and county elections offices, we saw record breaking registration and turnout cycle after cycle.”

Harvey joined the Secretary of State’s office as an investigator after a long career in law enforcement, including time with both the DeKalb County and Fulton County District Attorneys’ offices. He first served as the Chief Investigator in the Secretary of State’s office before being named Elections Director in 2015, a position which he continued when Raffensperger took office in January 2019.

As Director of Elections for the Office of the Secretary of State, Harvey helped prepare the state for the November 2020 elections. He worked with the counties constantly to prepare them for Georgia’s new printed paper-ballot system, the first update to Georgia’s election equipment in nearly 20 years. Together with the Election team, Harvey worked to ensure county elections officials had the information available to work with the new system and execute effective elections. As COVID-19 spread through Georgia, Harvey was instrumental in working with GEMA/HS to provide personal protective equipment to elections officials across the state so they could safely open the polls.

Harvey’s work helped usher in secure and accessible elections for the people of Georgia. He helped set up the Secretary’s first ever online absentee ballot request portal. In November, Georgia voters encountered lines averaging just 3 minutes on Election Day in November and just 1 minute during the runoffs on January 5. He was a tireless defender of the integrity of Georgia’s elections, especially in the weeks and months after the November election.

Harvey has accepted a position with the Georgia Peace Officer Standards and Training Council and will leave the Secretary of State’s office at the end of the week.

Raffensperger has begun a nationwide search for a replacement.