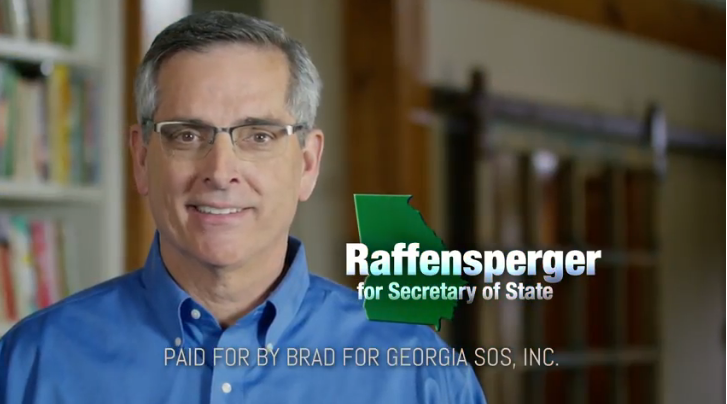 Republican candidate for Secretary of State Brad Raffensperger has released his first and only television ad of the general election cycle.

The television spot targets his Democrat opponent John Barrow for a vote dating back over a decade while Barrow served in Congress and for comments about voter roll maintenance before the ad moves on to highlight Raffensperger’s own plans, including promises to “protect our elections, stop voter fraud, secure elections, and strong leadership.”

In the email accompanying the ad, Raffensperger says his opponent outspent him on TV buys and requested additional campaign donation help. The campaign fundraisng numbers to date for each of the three candidates as of the October 2018 filing deadline are as follows: