Raffensperger has launched an investigation into several groups, including America Votes, Vote Forward, and The New Georgia Project, that have repeatedly and aggressively sought to register ineligible, out-of-state, or deceased voters before the January 5 Senate runoff elections. 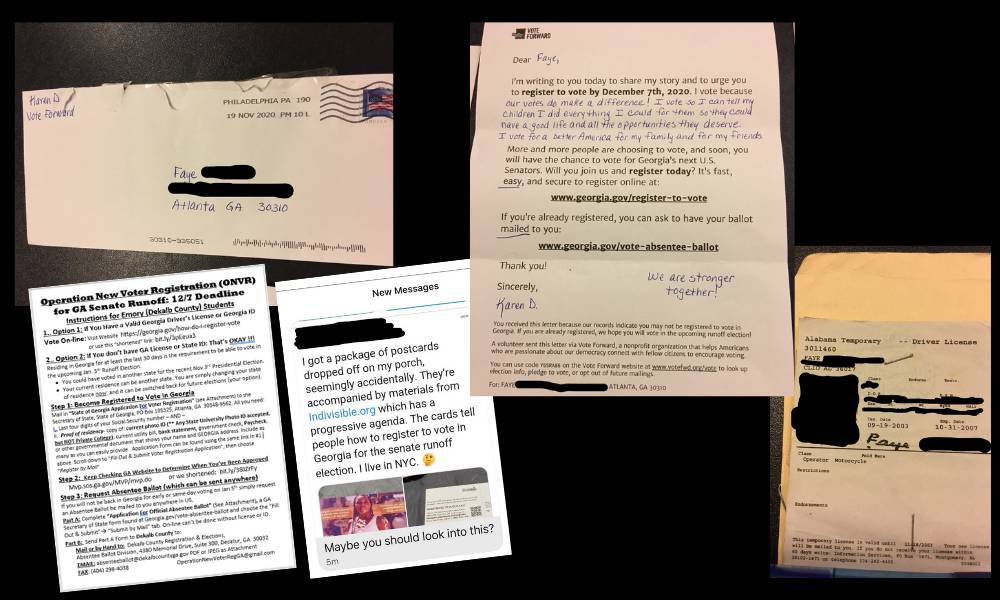 Secretary Brad Raffensperger has launched an investigation into several groups, including America Votes, Vote Forward, and The New Georgia Project, that have repeatedly and aggressively sought to register ineligible, out-of-state, or deceased voters before the January 5 Senate runoff elections. For several weeks, the Secretary has issued warnings against efforts to register individuals who are ineligible to cast ballots in the January runoffs or to encourage people to come to Georgia solely to cast ballots.

“I have issued clear warnings several times to groups and individuals working to undermine the integrity of elections in Georgia through false and fraudulent registrations,” said Secretary Raffensperger. “The security of Georgia’s elections is of the utmost importance. We have received specific evidence that these groups have solicited voter registrations from ineligible individuals who have passed away or live out of state. I will investigate these claims thoroughly and take action against anyone attempting to undermine our elections.”

According to the Georgia Code, false registration, i.e. someone who registers to vote knowing that they do not possess the qualifications required by law, is a felony and can be punished by between one and ten years in prison, and/or up to a $100,000 fine (O.C.G.A § 21-2-561). Any individual or group who organizes or finances efforts to bring individuals to Georgia to register falsely as electors may also potentially be charged with felony racketeering under O.C.G.A. § 16-14-3(5)(A)(xxii), which can be punishable by between 5 and 20 years in prison and a fine of up to $25,000 per count (O.C.G.A. § 16-14-5).

Another effort, Operation New Voter Registration GA, encouraged Emory students to register fraudulently to vote in the January 5 runoffs. A flier from the group told students that “Your current residence can be another state. You are simply changing your state of residence now; and it can be switched back for future elections (your option).” To register to vote in Georgia, individuals must be residents of the state with no intention to leave.

Vote Forward, a nonprofit organization, sent a letter to a long-deceased Alabama resident, encouraging her to register to vote.

America Votes, which calls itself “the coordination hub of the progressive community,” sent two absentee ballot applications in one week to an individual at an address where they had not resided since July 1994.