If a means of transportation is a problem, but you have rideshare services available in your area and a smart phone, at least on January 5th, it won’t be the reason you can’t make it to the polls to vote in person. 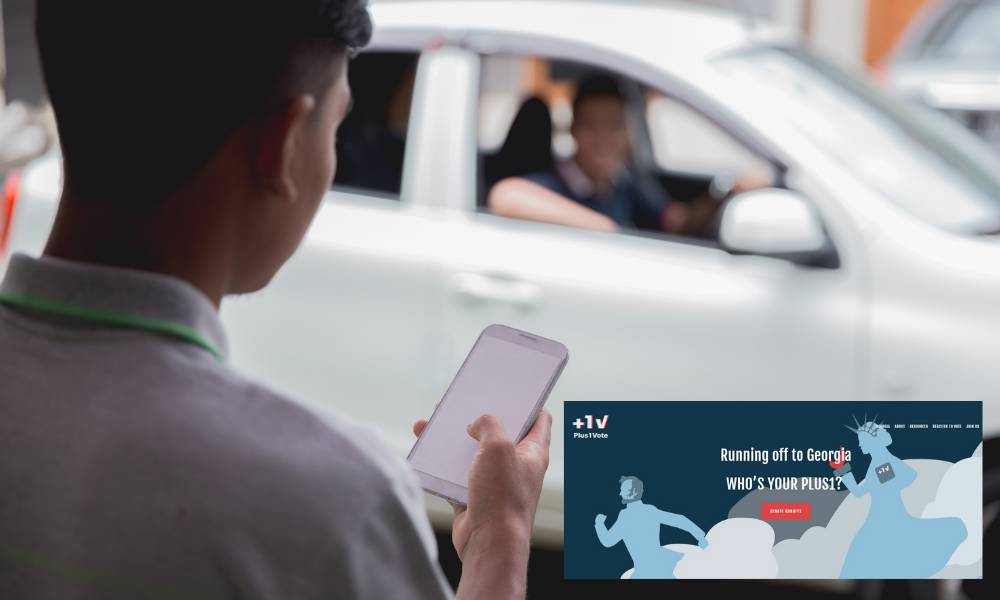 “You don’t typically think of getting to the polls as a financial hurdle, but that was a reality for 15 million Americans in 2016, an election that was decided by only 70 thousand votes. With a record number of people unemployed and a massive pandemic, we must do all we can to provide access to the ballot so Georgians can get the representation they deserve.” – Saad Amer, Co-founder, Plus1Vote

If a means of transportation is a problem, but you have rideshare services available in your area and a smart phone, at least on January 5th, it won’t be the reason you can’t make it to the polls to vote in person.

That’s because a nonpartisan nonprofit organization is offering free rides to the polls in Georgia for the runoff election slated for January 5th.

Plus1Vote, an entity with a proclaimed dedication to ‘to getting out the vote and improving the representation of young people and people of color in our democracy’ made the announcement last week. From the press release:

Low-income eligible voters, as well as younger adults and seniors, are frequently prevented from voting because they lack access to or cannot afford transportation. 29% of our youth who do not vote cite a lack of transportation as a reason. As part of our goal to mobilize a record number of voters in Georgia and remove this barrier, Plus1Vote will provide free, round trip rides to the polls on election day, January 5th, and during early voting, which started on December 14th. The code is available for use in all of Georgia’s 159 counties and to all polling locations.

A lot is at stake in the Georgia Senate Runoffs. “Georgia is no stranger to intense voter suppression efforts. It is essential that we mobilize voters, remove barriers, and support local organizers to get out the vote. All eyes are on Georgia,” Plus1Vote co-founder, Saad Amer, said.

Georgians can enter the voucher code “VoteGA” in the Uber app or use this Voucher Link to receive transportation to and from the polls paid in full by Plus1Vote.

“We are excited to use the innovative tools that Uber has to offer in order to provide broader voting access in Georgia,” Plus1Vote co-founder, Roshan Mody, said in the release.

Ga SOS Blasts Newspaper as Contradictory
Is the Ga Constitution Being Violated with New Voter Registrations for January Runoff?
Posting....