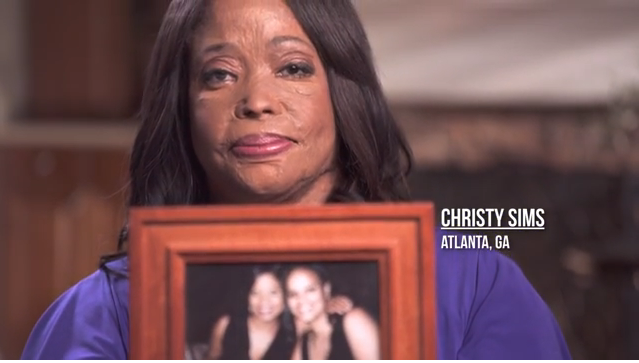 Marsy’s Law for Georgia has released another television ad as the movement pushes to get Amendment 4 passed on November 6th.

The measure has been approved by voters in California, Ohio, Illinois, Montana, North Dakota and South Dakota, but not without effects. In 2018, voters in Florida, Georgia, Kentucky, Nevada, North Carolina and Oklahoma will consider versions of it.

The ad released Monday is below:

“Five years ago, I was attacked by my boyfriend,” the Atlanta woman says in the ad. “He doused me with industrial grade drain cleaner, causing me to be blind and disfigured. After a year, he was charged but walked around free for another entire year without me being notified. Marsy’s Law would have empowered me and given me a voice in the courtroom. No victim should have less rights than a criminal who destroyed their life. Please vote yes on Amendment Four.”

The amendment will appear on the Georgia ballot as follows:

Shall the Constitution of Georgia be amended so as to provide certain rights to victims against whom a crime has allegedly been perpetrated and allow victims to assert such rights?

The campagin is  billionaire backed and millions of dollars are being funneled in to each state where the initiative is on the ballot, which is unusual for an initiative that would be for limited government. Henry Nicholas, the billionaire founder of semiconductor company Broadcom, is the brother of Marsy, who the bill is named after.

You can watch the first ad below.

BREAKDOWN: 2 Ballot Referendums In Addition to 5 Constitutional Amendments
Abrams at Georgia Southern: “People shouldn’t have to go into agriculture” to make a living
Posting....