Lawmaker withdraws bill to prohibit truckers on highways when not ‘delivering’ 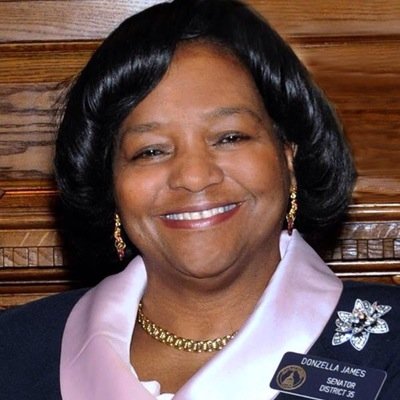 Less than twelve hours after AllOnGeorgia broke the story of Senator Donzella James’ plan to prohibit truckers from driving on state highways if they weren’t en route to a delivery, the bill has been withdrawn, according to the Senator herself.

She made the announcement on Facebook around 8:00 PM Thursday night.

The bill sparked outrage in the trucking community and from consumers.

Three Georgia lawmakers want to prohibit tractor trailers and semi-trucks from driving on state highways if trailers or semitrailers are not engaged in the pickup or delivery of persons or property.

The bill does provide an exception for traveling to or from such pickup or delivery.

Opponents of the bill question how such a law would be enforced since law enforcement officials must have a reason to detain a vehicle or truck on the roadway and checking the purpose of travel would not meet that threshold.

But there’s a caveat. The code section being amended reads that, “Any vehicle suspected of being operated in violation of this article chapter may be the subject of an inspection conducted by any law enforcement officer who has reason to believe such violation is occurring, without the necessity of obtaining a warrant to permit such inspection,” which means that a trailer or semitrailer could be stopped on suspicion that it is not en route for delivery or pickup.

A violation would be a misdemeanor punishable by up to a year in jail and a $1,000 fine.