Kemp announced his plans to travel to South Korea for an economic development mission earlier this month. This is his first international trip since taking office. 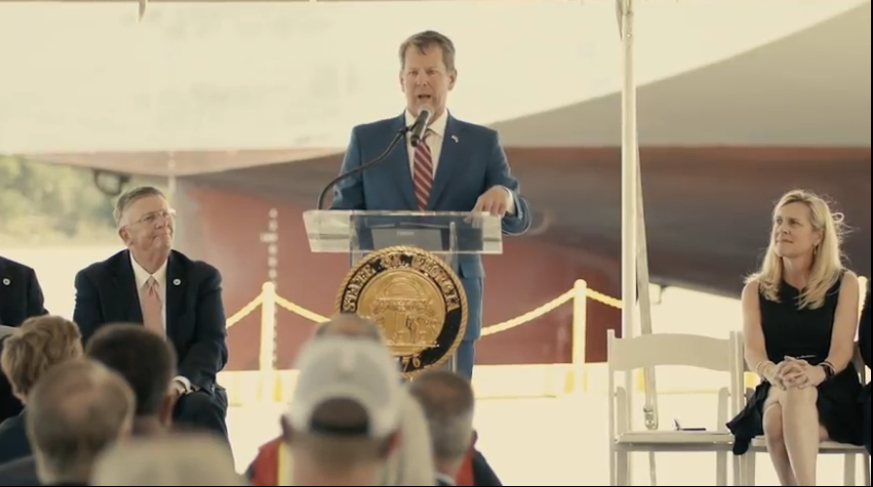 Governor Brian Kemp will depart for a week long trip to South Korea this weekend.

Kemp announced his plans to travel to South Korea for an economic development mission earlier this month. This is his first international trip since taking office.

“We have experienced significant, positive growth in our relationship with Korea over the past few years,” Kemp said in a press release. “I am excited to travel to South Korea and continue the international efforts that have made Georgia a global competitor for investment and trade and the top state in the nation to do business.”

According to a release from his office, while in Korea, Governor Kemp and representatives from the Georgia Department of Economic Development (GDEcD) will participate in four days of business meetings. The trip will include visits with Georgia’s existing Korean industry, including SK Innovation, Kia, Sangsin Brake, and Hanwha Q Cells. Governor Kemp will also meet with Korean companies considering investing in Georgia.

Additionally, Kemp will meet with His Excellency Nak-yon Lee, Prime Minister of the Republic of Korea; U.S. Ambassador to Korea, The Honorable Harry Harris; and other Korean government officials to discuss relations between Georgia and South Korea.

“Georgia has long been focused on our relationship with Korea, a partnership that spans more than thirty years and has led to investments from many great Korean companies,” said GDEcD Commissioner Pat Wilson. “In the last year alone, we have seen an unprecedented amount of investment and job creation in Georgia by Korean businesses. Like all of our international missions, this trip will be critically important for our economic development efforts as we seek to create new relationships, build on existing partnerships, and continue the momentum we have seen in recent years.”

Governor Kemp and his team will depart Georgia for Korea on Saturday, June 22, and return on Friday, June 28.