Georgia’s U.S. Attorney from the Middle District of Georgia Has Resigned

His office touts ‘the highest number of AUSAs for the office’ and the prosecution of ‘more criminal defendants in the District’s history’ during his tenure. 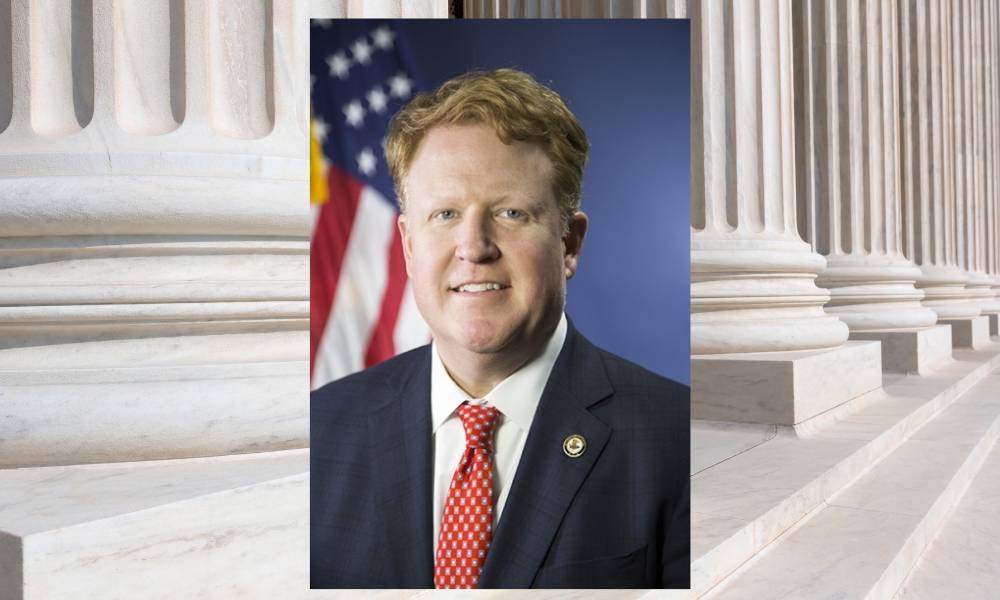 One of the U.S. Attorneys in the state of Georgia has resigned.

Charlie Peeler, the U.S. Attorney for the Middle District of Georgia, resigned as U.S. Attorney effective 11:59 p.m., December 11, 2020. Following his resignation, he plans on reentering private practice with a law firm in Atlanta, Georgia.

U.S. Attorney Peeler, a graduate of the University of Georgia and the University of Georgia School of Law, has served as the U.S. Attorney for the Middle District of Georgia since 2017. During his tenure, U.S. Attorney Peeler implemented an effective and sustainable strategy to combat violent crime in all five divisions in the Middle District of Georgia. He also created a Complex Fraud Unit in the Office to detect, investigate and eliminate fraud by maximizing parallel civil and criminal divisions’ resources. During his three-years as U.S. Attorney, the Office grew to its highest number of Assistant U.S. Attorneys and prosecuted more criminal defendants than any other three-year period in the Office’s recorded history. The U.S. Attorney’s Office also began reentry forums, pairing recently released inmates with non-profits to assist them in obtaining jobs, housing and education. Under U.S. Attorney Peeler’s leadership, the office partnered with the Peyton Anderson Foundation, the Federal Defender’s Office and the U.S. District Court to create and distribute “Armed With Knowledge,” an educational program centered on a short film warning children and teenagers of the life-altering consequences of unlawful firearm possession.

“Serving as the United States Attorney for the Middle District of Georgia has been the most rewarding experience of my professional career. I thank the President for the trust he placed in me, and I thank Attorney General Barr and former Attorney General Sessions for their leadership and support. I am deeply grateful for the opportunity to have worked with the talented men and women in the United States Attorney’s Office and our brave and dedicated federal, state and local law enforcement to protect our citizens and make the Middle District of Georgia a better place,” said U.S. Attorney Peeler.

“I want to thank U.S. Attorney Charlie Peeler for his dedicated service to the people of Georgia,” said Governor Brian Kemp. “Working together, we cracked down on gang violence and made incredible progress in our fight to end human trafficking in Georgia. On behalf of all Georgians, Marty and I are grateful for Charlie’s steadfast commitment to the Peach State, and we wish him well in his future endeavors.”

“It has been an honor and a privilege to work with Charlie Peeler over the last three years. Charlie has been a good friend to law enforcement throughout the state of Georgia,” said U.S. Marshal John Cary Bittick. “In my opinion, Charlie has been a great United States Attorney and a great representative of the Middle District of Georgia.”

“It has been an honor working side-by-side with Charlie Peeler. He has done a great job as the U.S. Attorney and we will miss him,” said GBI Director Vic Reynolds.

“The citizens of this state and this country should be grateful for the commitment, dedication and accomplishments that U.S. Attorney Charlie Peeler has achieved over the past three years,” said Chris Hacker, Special Agent in Charge of FBI Atlanta. “The FBI could not be more appreciative of the partnership we have developed with him and his office in our effort to protect our citizens and uphold our Constitution. All of us at the FBI Atlanta field office and resident agencies in the Middle District of Georgia wish this great public servant as much success in private practice.”

“The citizens of the Middle District of Georgia were well served by U.S. Attorney Charles Peeler,” said Robert J. Murphy, the Special Agent in Charge of the U.S. Drug Enforcement Administration’s Atlanta Field Division. “It was refreshing to work with a man whose guiding principles were doing what was right and making the community a safer place. Charlie worked hand-in-hand with law enforcement on a daily basis to make sure we were bringing to justice those who preyed on our community. I wish Charlie well in his future endeavors. Hopefully, Charlie will have an opportunity to serve our country again.”

“U.S. Attorney Charlie Peeler understands the needs of each community he has served,” said Arthur Peralta, Special Agent in Charge of ATF Atlanta. “As the U.S. Attorney, Charlie Peeler has served with distinction and honor. He has inspired us to seek justice for those who cannot do it on their own. He has provided an example of courage for us to emulate and even though he holds a high position, he is a friend to each one of us. The Atlanta Field Division extends profound gratitude to U.S. Attorney Peeler for his service to the Nation and to our Georgia communities.”

“The United States Secret Service and the US Attorney’s Office, Middle District of Georgia, have always been strong partners. United States Attorney Charlie Peeler made that relationship even better throughout his tenure,” said Clint A. Bush, Resident Agent in Charge, United States Secret Service, Albany Georgia Resident Office. “United States Attorney Peeler maintained an unwavering dedication to ensure those who sought to commit financial fraud against the United States of America and the citizens of Georgia would be held accountable. His professional contributions to safeguard our financial system and communities have greatly benefited us all and for that we are very grateful.”

The Middle District of Georgia covers 70 of Georgia’s 159 counties and includes Albany, Valdosta, Columbus, Macon and Athens. The U.S. Attorney’s Office is responsible for prosecuting federal crimes in the district, including crimes related to terrorism, public corruption, child exploitation, fraud, firearms, illegal gangs and narcotics. The office also defends the United States in civil cases, pursues civil fraud matters on behalf of the United States and collects debts owed to the United States.

Howard Finster Angel Up For Auction