The Georgia Senate converted a bill which originally addressed the name of a state agency into a vehicle bill that passed with language to include the ‘Peace Officers Bill of Rights’ and standards for punishing individuals who commit offenses against peace officers in the state of Georgia. 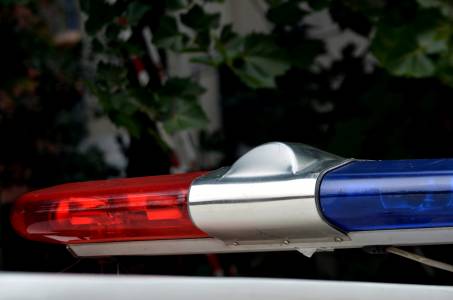 The Georgia legislature approved measures to protect law enforcement officers on Tuesday and the bill is on its way to the Governor’s desk.

The Georgia Senate converted House Bill 838, which originally addressed the name of a state agency, into a vehicle bill that passed with language to include the ‘Peace Officers Bill of Rights’ and standards for punishing individuals who commit offenses against peace officers in the state of Georgia.

The bill does a number of things, but most notably allows an officer to seek civil damages in instances where a claim was brought forth against them when the person knew the claim was false at the time of filing.

The bill also mandates that a complaint be dismissed if an agency does not complete an Internal Affairs investigation within 120 days of the complaint. The officer would not be eligible for punishment, demotion or dismissal for that complaint unless the investigation was reopened because new evidence was discovered or other evidence that could not have been known at the time of the investigation is uncovered.

Further, the bill mandates that every agency have a process to file complaints against an officer or deputy. Along those lines, the bill seals complaints filed and investigated from release under the Open Records Act. This means that a complaint deemed unfounded would not be available for public review, nor would a founded complaint that does not result in discipline.

Most controversially to Democrats and supporters of the hate crime legislation, HB 838 codifies that, if a peace officer is being interrogated for any reason that could lead to discipline/suspension/termination or arrest, the following conditions must apply:

Many of these conditions are already standard in agencies in the state, but this codifies the policies.

The Southern Center for Human Rights opposed the legislation, saying the bill gave preferential treatment to police officers, including allowing them to be paid for their time if officers are interrogated on duty.

The measure passed narrowly in the House, mostly along party lines. Story continues below.