The Trump administration issued an order deeming gun stores ‘essential,’ but it’s not a mandate – only guidance for state and local governments.
What do you think? 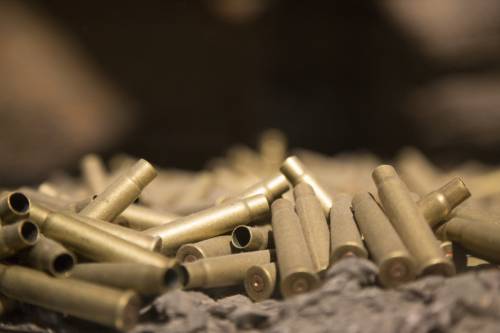 A gun store in the Peach State filed a federal lawsuit after a local government issued a ‘shelter in place’ order that shuttered the business, deeming it ‘non-essential.’

Andrew Clyde of Clyde Armory in Athens, Ga contends that the county’s order, which went into effect March 16th, bans citizens from access to firearms. His argument? “The Constitution prohibits local governments from banning citizens’ access to firearms.”

The problem currently is that ‘stay at home’ and ‘shelter in place’ orders vary by city and county, offering different exemptions for essential businesses. While some include only convenience stores, grocery stores, and pharmacies, others go beyond to retail establishments and hardware stores. Governor Kemp will sign a ‘shelter in place’ executive order Thursday, but it is not yet clear what businesses the order will consider ‘essential.’

In Athens-Clarke County, where Clyde Armory operates, the county clarified its position in a FAQ document outside of the actual order and outlines that gun stores may continue to operate. But Clyde is not dropping his lawsuit. His attorney says it is imperative the lawsuit move forward so that Clyde Armory and other gun stores are uniformly considered ‘essential’ businesses across the state and country.

“Gun stores like Clyde Armory and other places all around the state and across the nation are doing booming business because people are realizing a personal safety tool, like a modern firearm, is very important. Ultimately, we are all first-responders in our own emergencies and now we have a crisis and we don’t know for sure how long the crisis is going to continue. People are concerned and those people who have not previously prepared to face a crisis, are now suddenly realizing ‘you know, what, it’s probably a good idea if I had my personal firearm.'”

The Trump administration recently issued an order through the Cybersecurity and Infrastructure Security Agency (CISA), adding to a list that already included hospitals, pharmacies, and grocery stores.

The agency said its list was not a national mandate but said it was issued as guidance for local and state governments when deciding their own lists of essential and nonessential businesses.

That means that local and state governments aren’t required to list gun stores as essential businesses.

Gun control activists were upset by the administration’s order. Jonathan Lowy, Chief Counsel for gun control lobbying group Brady said, “It’s a public health issue, not a Second Amendment issue. The fact is that guns, the nature of guns, require that they be sold with a lot of close interaction. They can’t be sold from vending machines, can’t be sold with curbside pickup.”

The Associated Press reported recently that background checks are up 300% compared to March of last year as citizens around the country have defaulted to firearm and ammunition purchases in preparation for the pandemic as well.