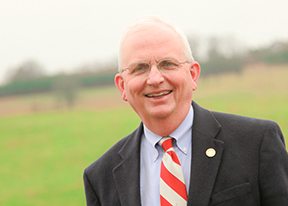 “Herschel Walker sides with Biden and Warnock – Herschel supports amnesty – and citizenship for illegals,” Gary says in the ad.  That makes America less safe. I stood on the border — and on border security — you know where I stand.”

The ad begins today and will run on radio stations across Georgia.  A script of the ad follows and a link to the audio can be found HERE.

This is Gary Black, running for the U.S. Senate.

I went to the US/Mexico border and saw firsthand the failures of President Biden and Senator Warnock’s open border policies.

Waves of people freely flooding in — many with COVID — while drug cartels make billions.

But Herschel Walker sides with Biden and Warnock — Herschel supports amnesty — and citizenship for illegals.

Look — We need to finish President Trump’s border wall — and stop incentivizing illegal immigration: No jobs, no amnesty, no citizenship, no freebies.

We need to make Biden enforce the law and deport illegals.

Biden, Warnock, and yes — Herschel Walker — they all support amnesty and citizenship for illegals.

I stood on the border. And on border security — you know where I stand.

I’m Gary Black, I’m running for the U.S. Senate, and I approved this message.

Paid for by Gary Black for Senate Inc.