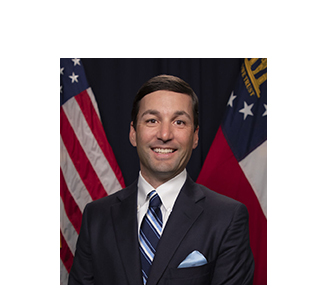 Governor Brian P. Kemp today announced Brad Bohannon as the Director of Government Affairs and Policy in the Office of the Governor. Lauren Curry, who previously served in this position, is now Chief Operating Officer.

“Brad has a wealth of experience in government affairs and policy and representing the State of Georgia,” said Governor Kemp. “I am grateful to welcome him to our team, and I know he will have a positive impact on the work we do to serve hardworking Georgians in the Peach State.”

Brad Bohannon will join the Kemp Administration as Director of Government Affairs and Policy. Bohannon previously served as Vice President of Government Affairs at the Georgia Lottery. Before joining the lottery, he served as Deputy Chief of Staff and Chief of Staff to Congressman Lynn Westmoreland, and prior to that worked in Government Relations with Georgia EMC. Bohannon earned a degree in Consumer Economics from the University of Georgia and resides in Newnan with his wife and two children.