The system will be used for the first time statewide during the March 24 Presidential Preference Primary. 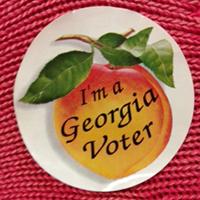 Trucks departed Friday from the state warehouse with the final shipments of Georgia’s new secure paper-ballot system needed for the Presidential Preference Primary, completing deliveries to all 159 counties on schedule in the largest rollout of voting machines in U.S. history, Secretary of State Brad Raffensperger announced at the close of the week.

“When I was first elected Secretary of State, I knew I had to restore trust in our voting system. And to strengthen our partnership with you, the voter,” he said.

The system will be used for the first time statewide during the March 24 Presidential Preference Primary. Already, it has been used in six counties in a pilot during the November municipal elections and then the December runoff. It was also used in special elections in a total of 12 counties held Jan. 28 and Feb. 4.

An important feature of the new system is the ability to audit the results through hand counting batches of the ballots. Two public audits, using different methods, have already demonstrated the accuracy and reliability of the results.

Friday, the last truck with voting equipment for the Presidential Preference Primary rolled away from the loading dock at 7 a.m. from the state warehouse where over 30,000 touchscreen machines were received, underwent the state’s quality assurance testing, and were prepared for shipping to counties. Each touchscreen is connected to a printer that will print ballots with voters’ choices.

The deliveries also included over 3,000 scanners and lockable ballot boxes and over 7,500 Poll Pads used when voters check in to their polling place. Counties also received a high-speed scanner (with larger counties getting multiple scanners) and one election management system each. With the required cables, uninterruptable power systems and other components, it totaled more than 100,000 items delivered.

Georgia is replacing the voting machines that had been in use in every county since 2002. A bipartisan commission of elections and technology experts held hearings in 2018 and recommended using a system of paper ballots and touchscreens. In 2019, the General Assembly held hearings on those recommendations, and a bipartisan vote authorized the purchase and appropriated $150 million.

Bids from the nation’s vendors for voting systems were evaluated by a multiagency panel to select the best value, and the contract was awarded in July. Once a prototype of the winning system was evaluated by a private firm to ensure it met state specifications, Secretary Raffensperger certified it, and the orders began coming in.

The Secretary of State’s Office also hired a vendor to remove and store securely the first-generation electronic voting machines being replaced.

During the delivery process, every county received two complete voting setups for use in training and public demonstrations. And the Secretary of State’s staff provided training to county elections supervisors and refresher training so they could then train their local poll workers. Poll worker training and running of elections themselves is the responsibility of each county.