Among other possible relief relating to the COVID-19 pandemic, the plaintiffs have asked the court to postpone Georgia’s primary election until June 30. 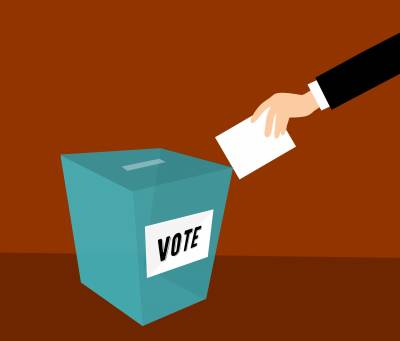 The Department of Justice has filed a Statement of Interest in a Georgia federal court to help ensure that uniformed service members serving their country away from home, their family members absent with them, and American citizens living overseas have the opportunity to participate fully in Georgia’s 2020 federal elections. The Statement of Interest is part of the Department of Justice’s continued efforts to enforce the Uniformed and Overseas Citizens Absentee Voting Act (UOCAVA).

“Our filing today reflects the Justice Department’s unwavering commitment to ensuring that military and overseas voters are afforded a meaningful opportunity to participate in federal elections,” said Assistant Attorney General Eric Dreiband for the Civil Rights Division. “We will continue to ensure that the ability of our brave men and women serving in the military and our citizens residing overseas to participate fully in all federal elections is not infringed, and we will also continue to closely monitor challenges to voting practices to ensure that those challenges do not result in a violation of federal law.”

“The right to vote is fundamental to our democracy,” said Byung J. Pak, U.S. Attorney for the Northern District of Georgia. “My office will continue to devote resources to ensure that this fundamental right is protected for all citizens, especially the men and women serving in our military overseas.”

The lawsuit in question, brought by private plaintiffs, involves constitutional challenges to several aspects of Georgia’s upcoming federal primary election, including the Secretary of State’s decision to hold the state’s 2020 primary election on June 9. Among other possible relief relating to the COVID-19 pandemic, the plaintiffs have asked the court to postpone Georgia’s primary election until June 30.

The Statement of Interest explains that UOCAVA requires states to transmit absentee ballots to military and overseas voters who have requested them at least 45 days before any federal election, including federal runoff elections. Under the plaintiffs’ proposed schedule, Georgia would not be able to transmit ballots for any federal runoff election by June 27, the 45-day deadline for the state’s August 11 primary runoff election, which the plaintiffs did not seek to reschedule. The Statement of Interest does not take a position on whether the court should grant a request to adjust the election calendar, or on the merits of any of the private plaintiffs’ claims. But the Statement notes that if the court does change the election dates, any new election schedule should comply with UOCAVA to avoid the real possibility of disenfranchising military and overseas voters.

UOCAVA requires states to allow uniformed service voters serving away from home (those serving both overseas and within the United States) and their families who are absent with them and American citizens residing overseas to register to vote and to vote absentee for all elections for federal office. In 2009, Congress enacted the MOVE Act, which made significant amendments to UOCAVA. Among those changes was a requirement that states transmit absentee ballots to UOCAVA voters who have timely requested ballots, by mail or electronically at the voter’s option, no later than 45 days before federal elections.