Due to what he says are ‘short-sighted lawsuits,’ Georgia SOS Brad Raffensperger says absentee ballots are going out more slowly in some places than others. One lawsuit reportedly forced a county to go out of state for a vendor to print the ballots, which has slowed the process considerably. 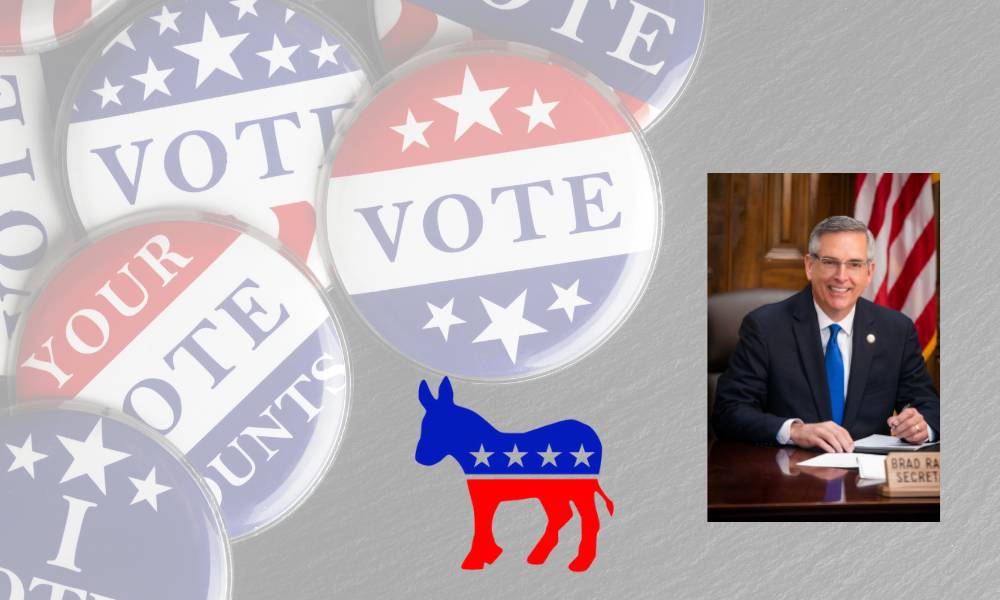 It’s a case of the blame game in Gwinnett County where local election officials are struggling to get absentee ballots out and comply with the moving goal posts of continuous lawsuits.

“This is why elections administration 101 is to not change the rules in the middle of the game,” Raffensperger said in thr news release. “Georgia’s elections staff and poll workers have a large enough task ahead of them executing an election during a pandemic without shortsighted and uniformed activist lawsuits burdening them with impractical bureaucratic hurdles. These activists opened Pandora’s Box with their frivolous lawsuits, demanding what they characterize as small changes that in reality have damaging and far-reaching consequences.”

But that’s enough to change the process, according to the office. “The bulky and abnormal size of the envelopes has slowed down processing of those ballots beyond what the rest of Georgia voters are experiencing.”

Because neither the county nor most elections vendors are capable of processing, printing and stuffing such unusually sized envelopes, Gwinnett County has turned to a vendor in Albany, New York.

Due to the unusual envelope size demanded in the activist lawsuit, Gwinnett County’s vendor has only been able to mail 50% of the 120,000 requested absentee ballots in the county so far. By contrast, the state’s mail vendor has sent over 1 million absentee ballots, and county election officials have already received and accepted 130,000 statewide.

While the Secretary of State’s office was able to cover the cost and coordinate the logistics of processing any absentee ballots requests submitted by Georgia’s other 158 counties before September 8th through the state’s vendor, Runbeck Election Services, the activist lawsuit forced Gwinnett County to organize absentee ballot mailings with its own outside vendor.

More than 100 counties have opted to continue coordinating absentee ballot processing through the Secretary of State’s mail vendor, until a few weeks before the election. Because election rules were changed due to this short-sighted activist lawsuit, Gwinnett cannot participate in the joint effort.

“These activists keep breaking the system with frivolous lawsuits and overwhelming county elections officials who can’t keep up with the never-ending policy churn, then blame those same workers when the system they broke fails,” said Raffensperger.

“If the Secretary of State spent less time casting around blame for the problems in our elections system, and more time fixing them, we wouldn’t need so many ‘activist lawsuits.’ Gwinnett County has required Spanish-language ballots for years, which the Secretary of State knows perfectly well, and he has had plenty of time to prepare for this. All Georgia voters deserve easy access to every voting option, including vote by mail, regardless of the language they speak — this is not the time for excuses.