Democrats Criticize Kemp in New Ad Over Health Care, Chastise His ‘7 Words’ on the Issue

This is the fourth ad released by the DPG since Kemp won the nomination on July 24th. 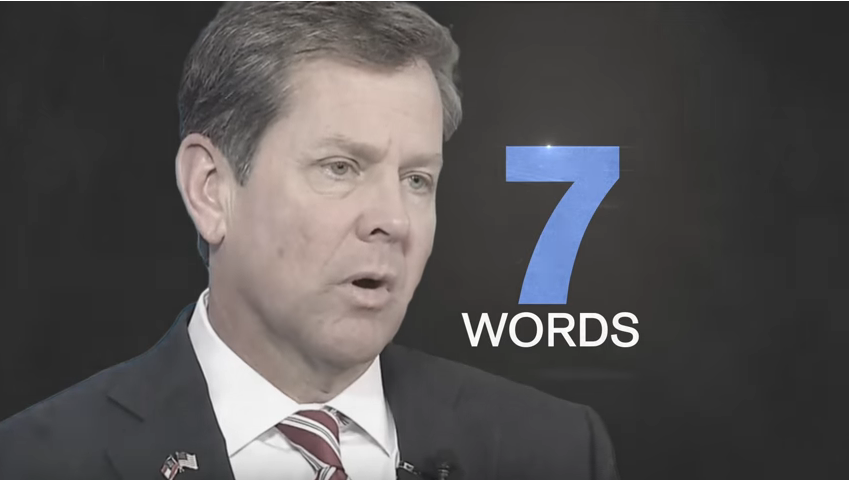 The latest ad, released Tuesday, criticizes Kemp’s campaign website for the lack of expansive policy on healthcare issues. This is the fourth ad released by the DPG since Kemp won the nomination on July 24th.

The Democratic Party said in a press release that Kemp opposes expanding Medicaid and voted to end guaranteed coverage for women’s health, asthma, and autism.

Today, the Democratic Party of Georgia released a new television ad calling out Brian Kemp for his lack of detail on health care, a central issue for Georgians. While Stacey Abrams and Democrats released a detailed plan to improve health care for all Georgians, Brian Kemp has only seven words about health care on his website. The ad cites a report by 11Alive’s Doug Richards as well as Kemp’s own website. In addition to his lack of a detailed health care plan, Brian Kemp opposes expanding Medicaid, which would insure nearly 500,000 more Georgians, create 50,000 Georgia jobs, and save rural hospitals. He also voted to end guaranteed coverage for women’s health care and for pre-existing conditions like asthma and autism.

Watch the ad here. Script below.

VOICEOVER: Seven. That’s how many words are devoted to healthcare on Millionaire Brian Kemp’s website.

The Democratic Party of Georgia also issued a ‘background’ on the ad. It is below.